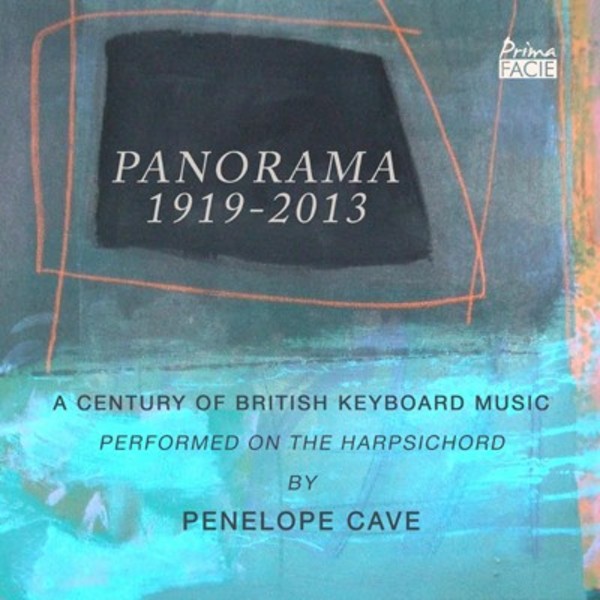 A Piece for Yvonne

A Piece for Yvonne

Panorama' offers an overview of contemporary writing for the harpsichord, performed here by one of the country's leading exponents, Penelope Cave. A rich and varied programme that includes works by Delius, Holst, Bax, Pitfield, Maxwell Davies and Raymond Head.
Like the patchwork of fields seen from a plane, the British repertoire within this recording offers an overview of the landscape of what is sometimes referred to as music of the early keyboard revival. The individual pieces are mostly miniatures that draw, to varying degrees, on the vast body of past keyboard repertoire, and yet celebrate the harpsichord as a relevant, modern instrument. 'Panorama', the title of the final piece of the CD, also describes these aerial snapshots from each decade from 1919 to 2013.
The English term, "Fancy", is an apt title for much of the music that displays a fanciful re- evaluation of the past. In the war-torn early part of the twentieth century, there was a nostalgia for lost national culture. A trend for 'Mock Tudor' was exemplified in vernacular architecture; Cecil Sharp was collecting folk-songs before they disappeared; whilst recorder-music and maypole-dances were revived for celebratory pageants for the coronation of Queen Elizabeth II. Classical composers, such as Vaughan Williams, utilised music contemporary with the first Queen Elizabeth, along with British folk-tunes. The English 'Scarlatti Sect' seems to have a continuous line of descent going back to the first publication of his sonatas in London, in 1738/9, and his influence can still be detected in some of these pieces. Collections of ancient instruments were being established and, as the twentieth-century progressed, copies of original historic keyboards, including virginals and clavichords, were proliferating. In the 1970s and 1980s, the building of harpsichords based on French models led to a rediscovery of French ornamentation, and good copies of these instruments, that concentrated more particularly on sound, per se, re-invigorated a compositional fusion of current international styles with tropes of the past.
Inevitably, in writing for the harpsichord or clavichord, composers look back from their own standpoint of the present, applying their knowledge, experience and imagination to the task of revisiting the past. Many of these short pieces may only have been intended to supply a taste of a quaint instrument, or a glimpse of a bygone age; some are now historic, themselves, and ready to be re-evaluated or re-marginalised. If any of this music already feels 'dated', that is, perhaps, its value; it tells much of a century of change and upheaval, where holding on to the past seemed both a place of safety and comfort, and yet a source of new inspiration. Although Peter Maxwell Davies was looking ahead rather than back, his protest against the ruination of Orkney, merged a present dread with a future nostalgia. I believe these composers share a longing to celebrate a beauty and truth that whilst seemingly evansecent, can be reappraised and showcased for the next century.