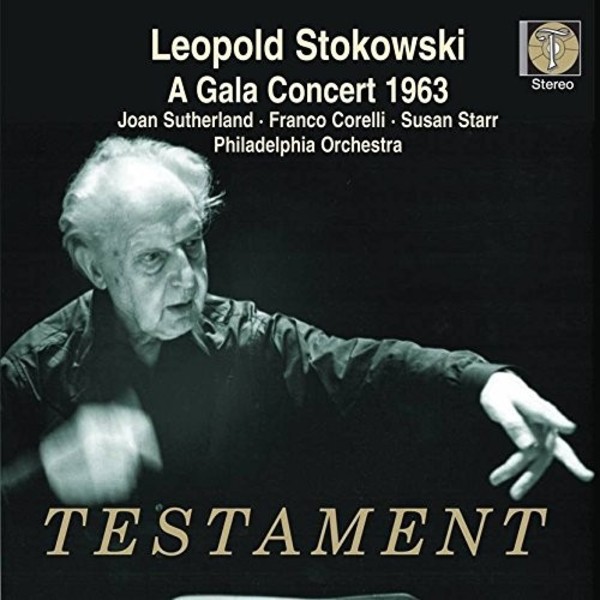 In the early 1960s, the international operatic world was abuzz with excitement at the sensational appearances of the Australian soprano Joan Sutherland, following her overnight success in 1959 at Londons Royal Opera House, Covent Garden, in Donizettis Lucia di Lammermoor. In 1961 she appeared at La Scala in Bellinis Beatrice di Tenda and the following year she sang, with sensational success, Marguerite de Valois in Meyerbeers Les Huguenots with Franco Corelli. In 1962 she returned to Covent Garden as Queen of the Night in a production of Die Zauberföte with Otto Klemperer (available on Testament SBT21504). The following year she sang the role of Cleopatra in Handels Julius Caesar at Sadlers Wells. Her appearance as Cleopatra came soon after the account of Il dolce suono (the famous Mad Scene) from Lucia di Lammermoor which she had given in Philadelphia with Stokowski: the simply magnificent performance we hear on this recording. The freshness, brilliance, intonation and sheer musicianship of her singing (a truly superb duet with solo flute) electrified the audience, and  then recently having appeared, as we have noted, with Franco Corelli in Les Huguenots  her pairing with Corelli was a masterstroke of concert promotion. Ones only regret is that on this occasion they did not perform together, but doubtless there were other considerations. Franco Corelli had by that time become one of the worlds leading tenors. His choice for this Philadelphia concert was a particularly astute one: Prince Calaf, he had already sung for Stokowski in 1961 when the maestro conducted Turandot at the New York Metropolitan Opera with Birgit Nilsson in the title role. The following year, Corelli had made his first appearance with the Philadelphia Lyric Opera Company as Cavaradossi in Tosca to considerable acclaim  so much so that Herbert von Karajan selected him soon after to appear in Germany and Austria. Corelli immediately became a particularly admired artist in Philadelphia, returning time and again in a dozen different roles. So powerful was his impact as Cavaradossi that he made his debut at the Paris Opéra in 1964 opposite Maria Callas in Tosca as well as in Bellinis Norma.

1963 marked the 20th anniversary of Rachmaninovs death, so how better to mark the composers association with Philadelphia than with the Paganini Rhapsody, played by Susan Starr  in January 1963 a name on everyones lips in the USA. A few months before this concert took place, Starr had been awarded the silver medal in Moscow at the second International Tchaikovsky Competition, where she had narrowly been outpointed by the eventual joint gold medal winners  Vladimir Ashkenazy and John Ogdon.
- Excerpted from the booklet note by Robert Matthew-Walker
Previously unpublished