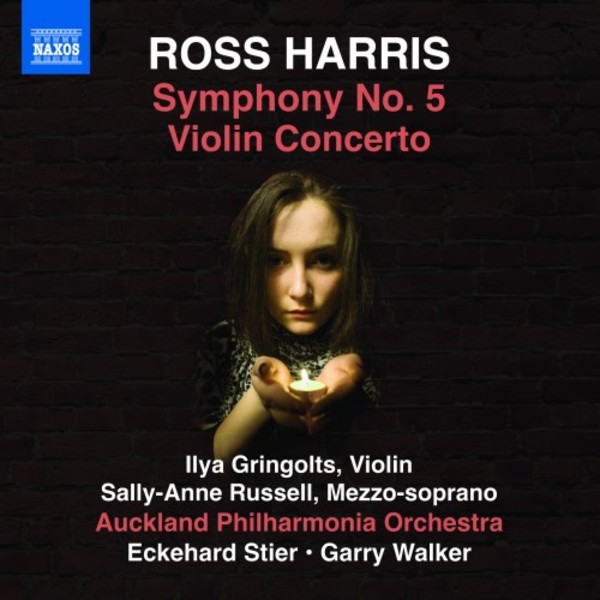 Ross Harriss Fifth Symphony was inspired by the poems of Panni Palasti, many of which reflect her experiences during the siege of Budapest in World War II. Forming the emotional core of the work and set to gentle melodies against hushed, sophisticated orchestration, the three songs form a stark contrast with the violent and disturbing imagery of the two Scherzos and the austere beauty of the opening and closing Adagios. The beautifully textured Violin Concerto hovers tantalisingly between tonality and atonality, with the soloist rarely out of the limelight, decorating and rhapsodising on the material.

Ross Harris was born in Amberley, New Zealand. He studied in Christchurch and Wellington and taught at the Victoria University of Wellington Music Department for over thirty years. In 1985 he was awarded a QSM for his opera Waituhi (with libretto by Witi Ihimaera) and in 1990 he received the CANZ citation for services to New Zealand music. In 2004 he took early retirement from teaching and began working as a freelance composer. His residency with the Auckland Philharmonia (20052006) led to the composition of three symphonies. He has been awarded the SOUNZ Contemporary Award four times and been a finalist eight times in the thirteen-year history of the award.