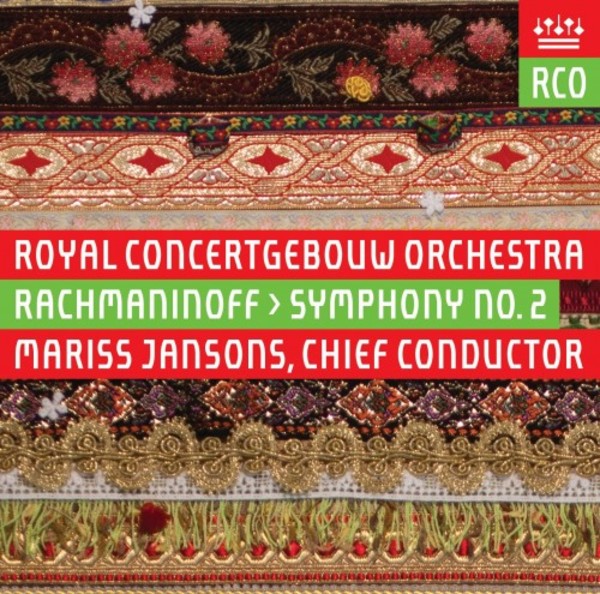 The Royal Concertgebouw Orchestras performance history of Sergei Rachmaninovs Second Symphony is strangely uneven. Already three years after its completion the Symphony was performed by Willem Mengelberg in a programme that also boasted the composer as soloist in his own Piano Concerto no.3. After that the Symphony was performed again in 1921 and then theres a gap of 59 years. From 1980 on no fewer than 10 conductors (including Vladimir Ashkenazy, Kirill Kondrashin and Kurt Sanderling) put it on the RCOs music stands.

Its latest RCO incarnation proved to be an ideal performance: with Mariss Jansons at the helm, heart and mind of this piece were totally balanced and the opulence of the RCOs sound at the Concertgebouw was perfectly suited to Rachmaninovs most beloved Symphony.

"majestic and even restrained the slow movement  sounded like a dream made audible" - Anne Midgette, Washington Post

"entirely persuasive and stirring in the end Ive never heard quite so much of Rachmaninoffs writing, both on temporal and orchestral axes." - Michael Miller, New York Arts

"In the Second Symphony of Rachmaninoff all the stops were pulled out, and  it was beautiful. This music fits Jansons like a glove." - Peter van der Lint, Trouw

Mariss Jansons shapes [the Symphonys] sumptuous melodies with restraint and detail, making the climaxes more than usually explosive. Theres great clarity in the playing, especially in the long slow movement with its huge clarinet solo. Woodwind and strings sound luxurious and expansive, brass vigorous and savage. Theres no indulgence and plenty of excitement in this live recording from 2010.  Fiona Maddocks
The Observer 10 July 2016