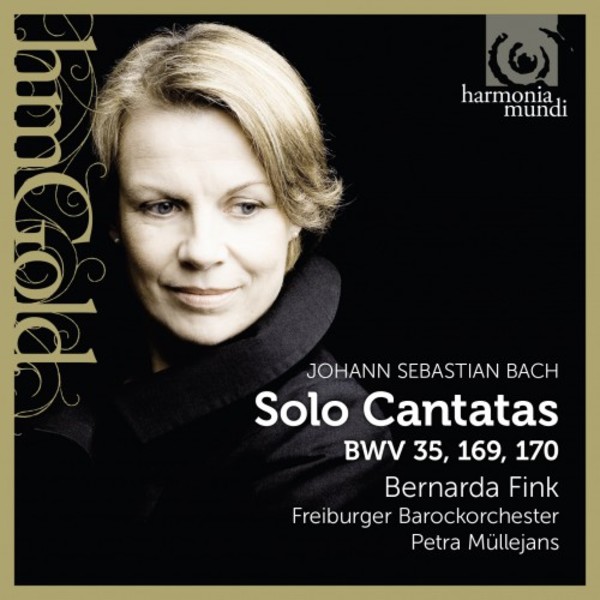 All three of these solo cantatas for alto voice date from 1726 Finks velvet-timbred mezzo evokes to perfection the consoling sentiment of Bachs alto arias. Vergnügte Ruh has long been a favourite of star mezzos and countertenors, but Fink sings with an artless humility, with eloquent yet never overemphatic German, which is not only balm to the ear, but deeply moving. The other two cantatas may be less well known, but they each contain sublime arias, with elaborate instrumental embroidery superbly supplied by the Freiburg soloists. Unmissable. - Hugh Canning, Classical CD of the Week, The Sunday Times *****

I can think of no one I would rather hear sing them than Fink, the Austro-Argentine mezzo, who invests the music with chaste dignity, accompanied by the Freiburg Baroque Orchestra. - Andrew Clark, Financial Times, 31 January/1 February 2009

immaculately sung and moving Bach I doubt if anyone sings this music as satisfyingly as Fink does today. This beautifully recorded and presented disc deserves to fly out of the shops long before next Christmass lists. - Hugh Canning, IRR Outstanding, International Record Review, February 2009