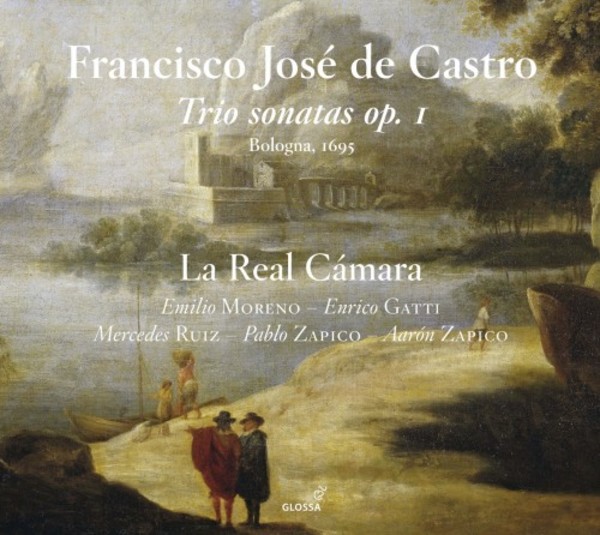 The 17th century violinist-composer, Francisco José de Castro, who travelled from his birthplace in Seville to the
northern Italian city of Brescia where he composed chamber music, provides the focus for Emilio Morenos latest
exploration of the forgotten and ignored in Iberian Baroque.

Castros Trattenimenti armonici, op.1, a set of ten trio sonatas da camera were published in 1695, by which time their composer had earned a deserved reputation for his musicality, especially as a follower of the innovative Arcangelo Corelli (Castros first opus was issued by a leading publisher in Bologna). These trio sonatas are the only known Spanish examples from the 17th century.

The sonatas  consisting of preludes followed by dance movements including those in the French manner  show the young Sevillian embracing the stylus phantasticus and the new violin virtuosity which he would have encountered in Spain (he may have been taught by Italian violinists) but whose full glory was to await him when he moved to Brescia.

The performances from La Real Cámara being issued by Glossa are here led by two modern virtuosi skilled in this genre, Emilio Moreno and Enrico Gatti, who are ably supported by Mercedes Ruiz, and Pablo and Aarón Zapico. Emilio Moreno regards Castro as the 'Spanish Corelli', a compliment which is borne out by this elegant and imaginative music, rich in harmonic and melodic ingenuity whilst continuing to be influenced by Francisco José de Castros Spanish Muse.