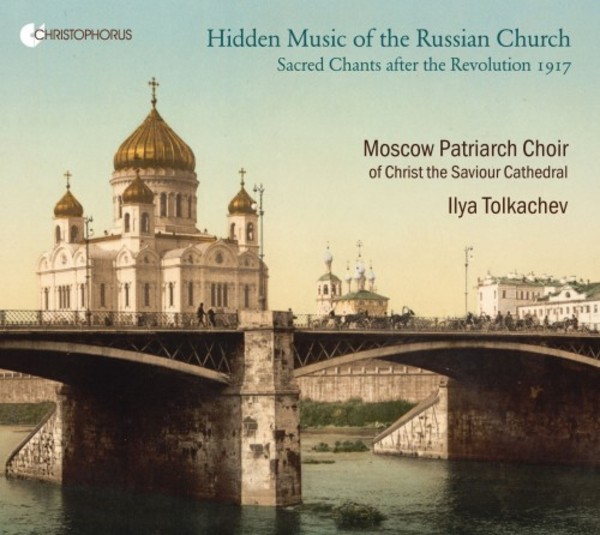 The Patriarchal Choir of the Christ the Saviour Cathedral in Moscow conducted by Ilya Tolkachev devotes the second of their CDs issued by Christophoros to Russian sacred music composed after the 1917 Revolution. Under the Soviet regime, most churches and the majority of monasteries were closed and the priests and monks expelled; ecclesiastical life became extremely difficult and was permanently under threat of reprisal. Numerous celebrated composers of sacred music were only permitted to publish secular compositions, but continued to work in secret. It is these hidden compositions which the Moscow Patriarchal Choir would like to bring to light. The composers featured include prominent Russian personalities such as Golovanov, the director of the Bolshoi Theatre, and Alexandrov, the composer of the Russian national anthem (still sung today).

It is highly symbolic that the Moscow Patriarchal Choir has devoted itself to this task as the Christ the Saviour Cathedral is itself a reflection of political developments and their consequences for the Russian Church. Consecrated in 1883 as a new centre for the Russian Church (under the musical direction of Rimsky-Korsakov and Balakirev), the building was blown up under Stalins rule (he had plans for the construction of a gigantic Soviet palace on the same site) and reconstructed according to the original plans in the 1990s during the era of perestroika, thanks to donations by the Russian people. Today, the cathedral is the seat of the Russian Orthodox Patriarch Kyrill and the centre and symbol of the reinvigorated Russian Church.

... the harmonic language is rousing, fragrant pre-revolution romanticism, and the Moscow choir under Ivan Tokachev sings it better than anyone: deep-purring basses, intense-vibrato tenors, ecstatic sopranos, and a rich vibrancy to the whole ensemble. This is a choral sound that just glows.  Kate Molleson
The Guardian 15 July 2016

This is an astounding recording, on account of both the repertoire selected and the quality of the singing. The choir (patriarshiy should be translated patriarchal rather than patriarch) is that of the vast Cathedral of Christ the Saviour in Moscow, rebuilt in 1998, where the recording was made, and not only do they know exactly how to make the best of the enormous acoustical space, but engineer Alexander Kalashnikovs recording is outstandingly good. ... Performances throughout are of the highest standard and my only reservation would be a slight excess of vibrato in the upper voices from time to time. This is a revelatory disc, by any standards.  Ivan Moody
Gramophone Awards issue 2016