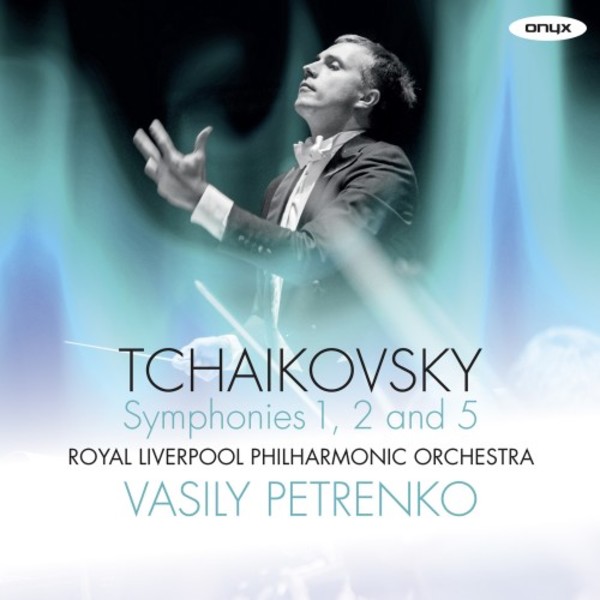 The eagerly awaited Tchaikovsky Symphonies cycle from the Royal Liverpool Philharmonic Orchestra and Vasily Petrenko gets underway with Symphonies 1, 2 & 5. In 2015 The Tchaikovsky Album with Petrenko and the RLPO, released to coincide with the orchestras 175th anniversary, became one of the best-selling classical CDs in the UK and met with fulsome praise from reviewers. Volume I of the Symphonies looks set to replicate that success and indeed critical acclaim.

Two good spot tests of the early symphonies is how an orchestra plays the lyrical Adagio cantabile of No 1 Winter Dreams, or the delicious, jaunty folk melody in the finale of No 2 (Little Russian), before the whole work builds to a brassy climax. The RLPO excels in both. The much better known Symphony No 5, full of light, shade, intensity, yearning accentuation, is a fine addition to a busy field. Petrenko and the RLPO continue to make an exciting partnership.  Fiona Maddocks
The Observer 19 June 2016

... it wasnt just the originality of Petrenkos approach to the Fifth that stunned BBC Music Magazines critic David Nice when he reviewed the album in October 2016. He also loved the bright-eyed approach to less familiar works  the First and Second Symphonies.  Recording of the Year
BBC Music Magazine May 2017

A number of UK orchestras headed by Russian conductors (Vladimir Jurowksi with the LPO, Valery Gergiev with the LSO) have been active on the Tchaikovsky front in recent years, along with the Ukrainian Kirill Karabits in  appropriately enough  the Little Russian (No 2), but Petrenko and the RLPO emerge from the pack strongly. ... If future releases match these impetuous, glorious performances, Petrenkos should be a cycle to be reckoned with.  Mark Pullinger
Gramophone August 2016