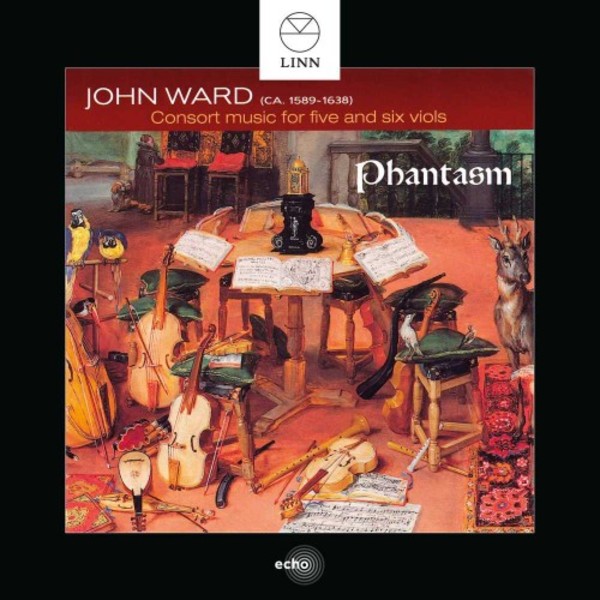 In its debut recording for Linn, acclaimed viol consort Phantasm showcases its dazzling sonority with a programme of music deserving of re-discovery. Phantasms bold and passionate style of consort playing does full justice to John Wards consort music for five and six viols, recorded here complete for the very first time. Recorded in the warm acoustic of Wadham College Chapel, Oxford this recording reveals works that seduce the listener with lyrical melodies and music of great charm. Phantasms ability to produce such a richly expressive unified sound allows the subtlety and elegance in Wards music to be fully realised.

John Ward was a noted madrigalist and contemporary of Orlando Gibbons. His viol music is of further interest due to an abundance of historical references to pavans, Italian madrigalisms and plainsong (the latter demonstrated in Wards three examples of the In Nomine).

Originally released in 2009, Ward: Consort Music for Five and Six Viols has been re-issued as part of Linns ECHO series; a second chance to enjoy the best of the labels award-winning catalogue.

Chalk up another success for Phantasm...They do a real service for Wards consort music... - Fanfare

The results on this disc are stunning... - Gramophone