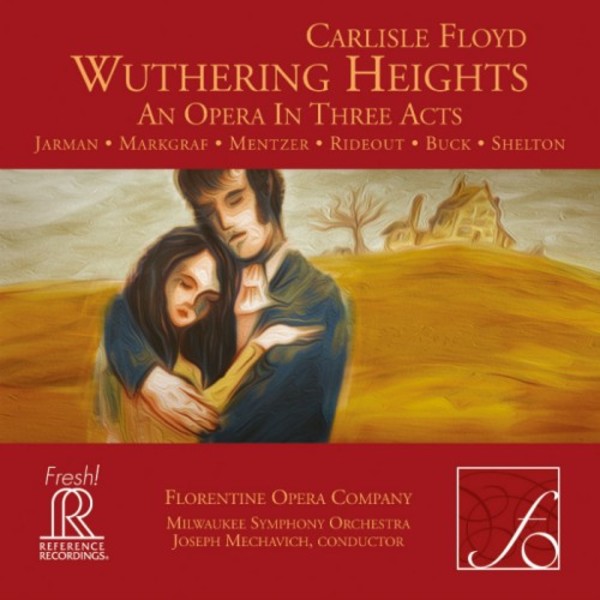 General Director William Florescu states, This is a unique and exciting Florentine Opera recording. Carlisle Floyds Wuthering Heights, an unjustly neglected American gem, made its Florentine debut in this world premiere recording. We had the honor of welcoming Carlisle Floyd to guide this exceptional creative team and shape the concert and recording. Noele Stollmack (director of design and production), conductor Joseph Mechavich (conductor for the Florentine productions of La Traviata 2013 and Carlisle Floyds Susannah 2012), Blanton Alspaugh and John Newton, along with all of the production engineers and recording specialists from SoundMirror assembled their talents to bring this premiere recording and concert to lifefor live audiences and the world to experience.

Carlisle Floyd, 90 years of age in June 2016, is still creating new operas (his newest, Prince of Players, was presented to great acclaim by Houston Grand Opera in March 2016), and is intent on having commercial recordings of all his operas released during his lifetime. Describing the music of Wuthering Heights as highly dramatic and quite melodic, Floyd has said he is thrilled to have it recorded. The Florentine has released plans to follow Wuthering Heights with recordings of Floyd's Willie Stark and Bilby's Doll.

Wuthering Heights was recorded and mastered by the team at Soundmirror, whose outstanding orchestral, solo, opera and chamber recordings have received more than 70 Grammy nominations and awards.