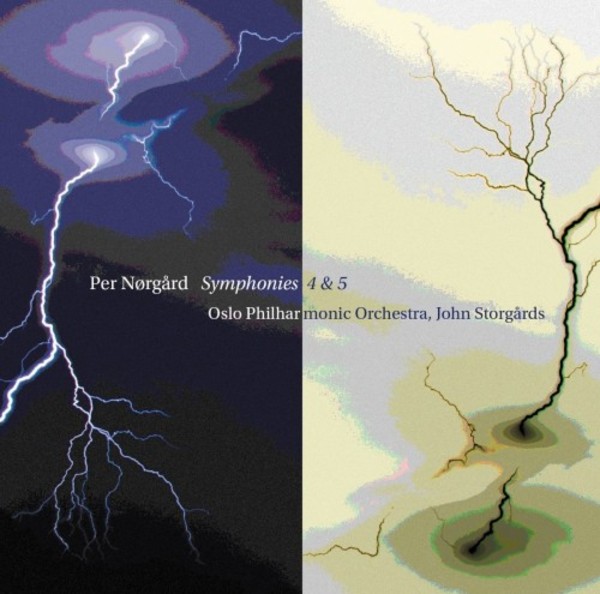 Per Nørgårds music originates in an inextinguishable desire to explore the marvels of the world and the powers of music. His eight symphonies stand as milestones, composed through six decades, each with its own unique musical world. This recording by the Oslo Philharmonic Orchestra and conductor John Storgårds presents two of Nørgårds most dramatic works; the chaotic and troubled Symphony No.4 inspired by the schizophrenic Swiss artist Adolf Wölfli, and the fearless Symphony No.5, in which the composer seems to embrace violent forces of nature.

Da Capo began its recordings of these works that are so central to Nørgårds development seven years ago, with Thomas Dausgaard conducting the Danish National Symphony Orchestra in the Third and Seventh. Sakari Oramo and the Vienna Philharmonic added the First and Eighth Symphonies in 2014 and now John Storgårds pair of discs (which have to be bought separately) complete the cycle, with exemplary performances from the Oslo Philharmonic in crystalline recordings that fasten on every sonic detail in the scores. Andrew Clements
The Guardian 17 June 2016