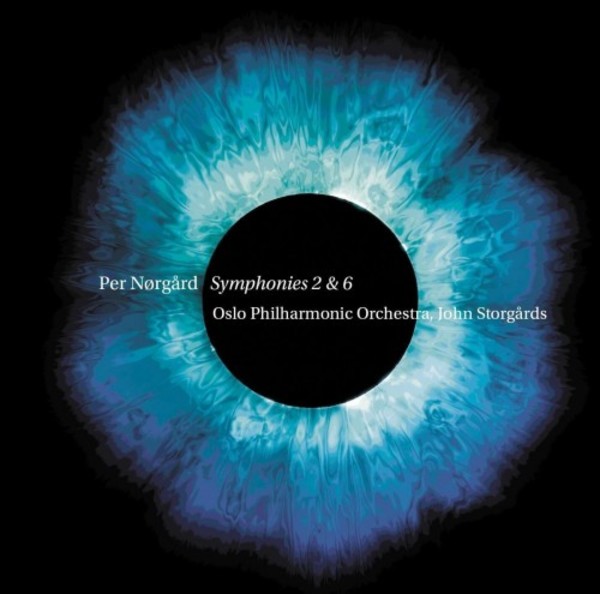 I feel each of my symphonies is a whole continent in itself, the Danish composer Per Nørgård (b. 1932) has said. His music stems from an insatiable urge to explore the phenomena of the world and the possibilities of music, and his eight symphonies stand as milestones along the course of six decades. This recording with the Oslo Philharmonic conducted by John Storgårds presents Per Nørgårds Second Symphony, in which the composer unfolds his famous infinity principle euphorically and almost psychedelically, and his Sixth Symphony, in which the mature composer proves more exploratory and playful than ever.

Da Capo began its recordings of these works that are so central to Nørgårds development seven years ago, with Thomas Dausgaard conducting the Danish National Symphony Orchestra in the Third and Seventh. Sakari Oramo and the Vienna Philharmonic added the First and Eighth Symphonies in 2014 and now John Storgårds pair of discs (which have to be bought separately) complete the cycle, with exemplary performances from the Oslo Philharmonic in crystalline recordings that fasten on every sonic detail in the scores.  the Sixth Symphony (1999) is for me the most extraordinary. It carries the subtitle At the End of the Day, though theres nothing valedictory about its three movements, which seem to conform to a classical plan of a big discursive opening movement, followed by a slow second and then a brief, upbeat finale. Except nothing is as cut and dried as that; this music constantly opens up new territory, spawning luminous fresh ideas right up to the closing bars. It creates an exhilarating, sometimes revelatory musical journey, but then what all these symphonies offer is unlike anything any other composer is writing today.  Andrew Clements
The Guardian 17 June 2016