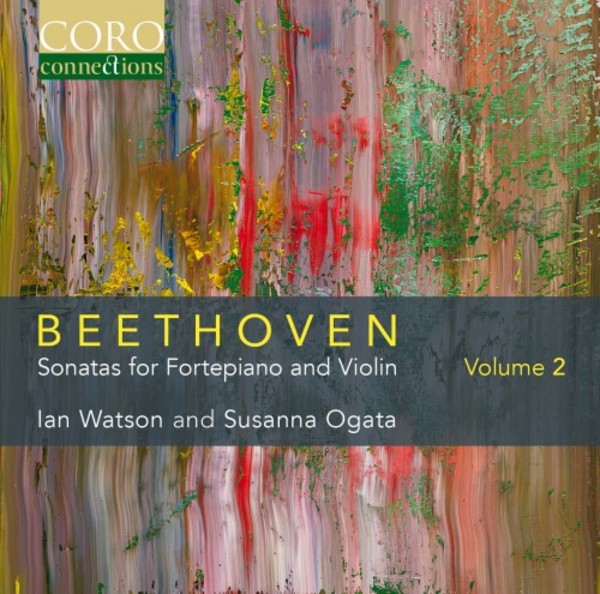 Susanna Ogata, violin, and Ian Watson, fortepiano, join forces to record the complete Sonatas for fortepiano and violin of Ludwig van Beethoven in four instalments. The second CD in the series features Beethoven's tenth Sonata, Op.96 in G major, as well as the exquisite Spring Sonata, his fifth, Op.24 in F major. Using period instruments for which the music was originally written, Watson and Ogata reveal not only the clarity of Beethovens extraordinary musical structure, but also the beauty and lyricism of these two particular sonatas.
Ian Watson has been described by The Times as a keyboard performer with virtuosic panache and brilliantly articulated playing and a world-class soloist. He was appointed Resident Conductor of Bostons Handel and Haydn Society in September 2014.
Susanna Ogata has been praised for totally convincing, spontaneous and free-flowing playing (The Berkshire Review) and her musical sensitivity and fire (Boston Musical Intelligencer). A tenured member of the Handel and Haydn Society, she was appointed as Assistant Concertmaster of the orchestra in 2014.