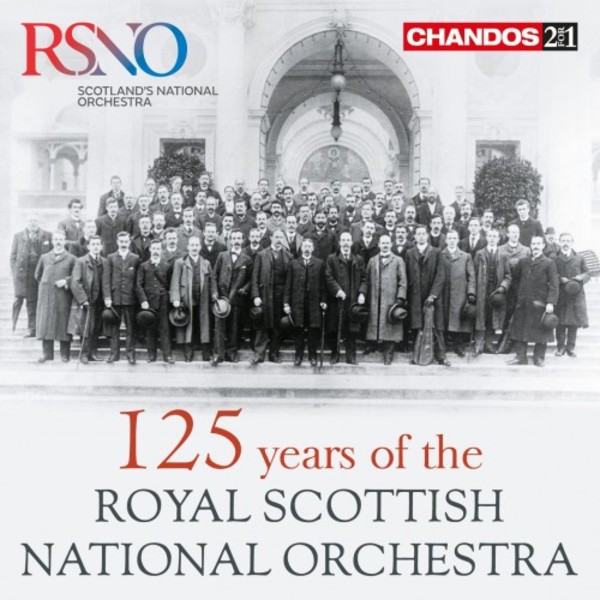 The Land of the Mountain and the Flood, op.3

The Land of the Mountain and the Flood, op.3

In the 2015/16 season, the Royal Scottish National Orchestra celebrates a proud 125-year history of bringing the best in classical music performances to audiences right across Scotland and beyond. Marking its recording relationship with the Orchestra, Chandos has compiled a two-disc set (at the price of one CD) of the finest of thirty years of recordings that have shaped the reputation of the Orchestra as well as the label.
Since its official founding, in 1891, as the Scottish Orchestra, the RSNO has worked with some of the worlds most respected composers, conductors, and soloists  among them Gustav Holst, Richard Strauss, Artur Rubinstein, Aaron Copland, Luciano Pavarotti, and Elmer Bernstein  and has played a crucial role in shaping the musical life of the nation.
The RSNO has amassed a tremendous discography on Chandos over the years, including great recording series devoted to works by Dvořák, Elgar, and Prokofiev. Now on SACD, its releases continue to receive high praise.