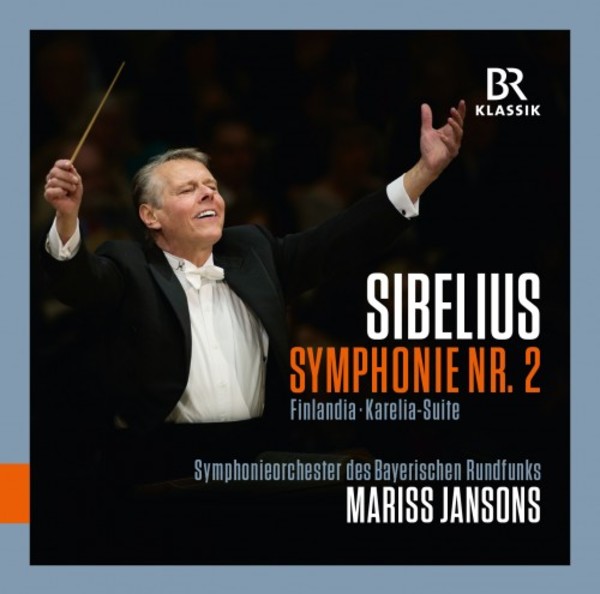 The latest new release from BR Klassik gathers together on one CD the most famous and popular musical works of the great Finnish composer Jean Sibelius.

The music of the symphonic poem Finlandia, op.26, which premiered in Helsinki in 1899 as a 'historical tableau' from Finnish history, inspired Sibelius's compatriots immediately. The work - as it were the unofficial national anthem of Finland - became internationally known in 1900, and continues to be world-famous today, not only because of the hymn-like chorale that concludes it.

Sibelius's 'Karelia' Suite, op.11, composed some years earlier, which refers to the Finnish landscape of Karelia and the legends of the Kalevala epic, was also received very enthusiastically by the national Finnish movement at that time and soon became internationally famous as well.

The Symphony No.2, op.43, the best-known and most popular of the composer's seven completed symphonies, premiered in 1902. With this work Sibelius managed to emancipate himself, moving from being a merely national Finnish composer to an international one. The clear, confident character of the work goes far beyond the purely 'exotic' national style, and its 'absolute' music remains unaffected by any extra-musical programme. Whether we appreciate Sibelius as an absolute musician or as Finland's national composer, and whether we regard his music as international or as an expression of Finland's struggle for independence  as his compatriots have done to this day  the music remains highly individual and unique, and has successfully established itself in the international concert repertoire.

The exemplary interpretations on this CD by the Symphonieorchester des Bayerischen Rundfunks under its chief conductor Mariss Jansons were recorded at several Munich concerts during the autumn of 2015. Sensitively conducted and full of gripping majesty, the performances show clearly why Sibelius's symphonies have retained their importance to the present day.