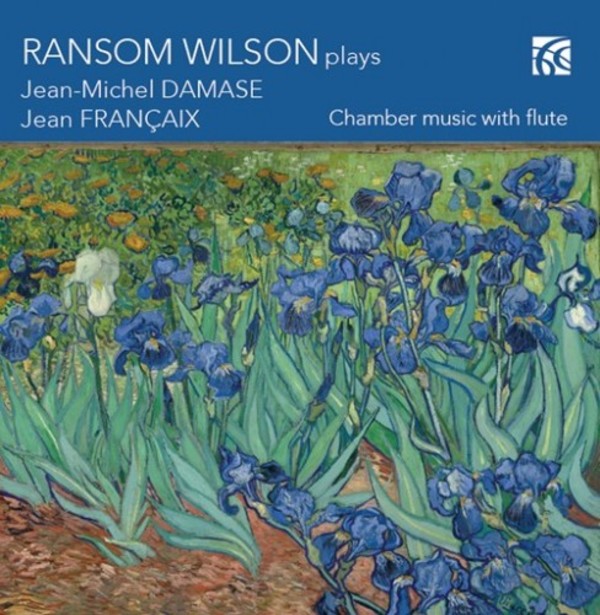 Divertimento for flute and chamber orchestra
Suite for Flute solo

Divertimento for flute and chamber orchestra
Suite for Flute solo

Damases music combines grace and sparkling wit with a gentle nobility. The essential simplicity of his writing, especially when compared to the voguish intellectual inscrutability of the avant garde, led to his being side-lined at a time when novelty was all the rage. Yet although he was highly prolific, little of his music is known outside his native France. The works featured in this recital epitomise nearly half-a-century of creative endeavour.
Of the younger composers from whom Damase drew freely for creative inspiration, he felt the greatest affinity with Françaix. Françaix showed exceptional talent from an early age and was already composing freely by the age of six. Highly prolific  he once described himself as constantly composing  Françaix established his reputation during the 1930s with a series of works (most notably his Concertino for piano and orchestra) that demonstrate his effortless command of a wide range of genres. The wind family of instruments plays a crucial role in many of Françaixs 200 or so published works and of these the flute is pre-eminent.
Ransom Wilson has long been recognised internationally as one of the greatest flautists of his generation. After graduation from the Juilliard School in 1973, he spent a year in Paris as a private student of Jean-Pierre Rampal. As flute soloist, he has appeared in concert with some of the greatest orchestras and artists of our time, including the Chicago Symphony, Philadelphia Orchestra, San Francisco Symphony, London Symphony, Frederica von Stade, Jessye Norman, Thomas Hampson, Susan Graham, Dolora Zajick, Nadja Salerno-Sonnenberg, Hilary Hahn, Jean-Pierre Rampal, Sir James Galway, and many others. Ransom Wilson is turning increasingly to a career in orchestral and operatic conducting, and has recently been named conductor and teacher of conducting at SUNY Purchase Conservatory of Music. He has appeared as guest conductor with Englands London Symphony Orchestra and Hallé Orchestra.