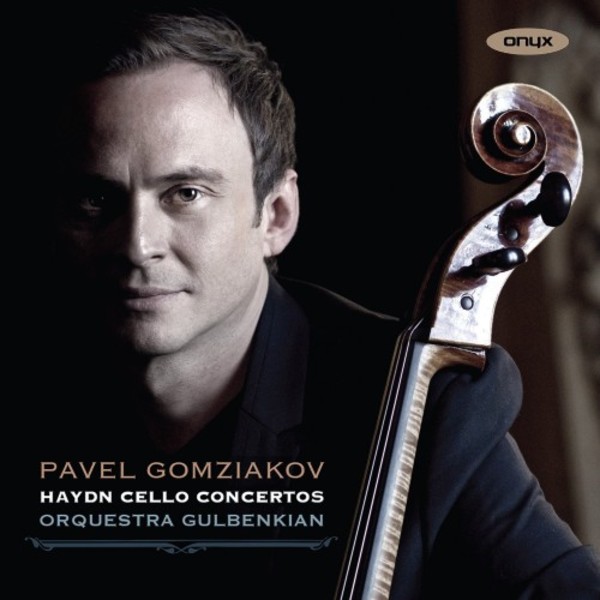 This CD marks the debut recording of one of the most precious Stradivarius cellos, the remarkable instrument from his Golden period made in 1725. Known as the Chevillard King of Portugal it was owned by King Dom Luis I in the 19th century, and after the Kings death was placed in the Museum of Music in Lisbon. In 2014, Pavel Gomziakov played the recently restored cello, and knew at once that this was the perfect choice for his planned Haydn recording. The instrument hadnt left the museum, and as a national treasure was forbidden from being removed. However with the assistance of the head of the museum and the director of the Gulbenkian music department, the cello was allowed to journey under armed police escort to the recording venue!

Haydns two cello concertos have become firm favourites in the concert repertoire, but it was only in 1961 that the score of the C major work resurfaced in Prague. The slow movement of the remarkable 13th Symphony has an extensive solo cello part, written for Josef Weigl.

Noticed by Maria Joao Pires, cellist Pavel Gomziakov made a Chopin recording with her for Deutsche Grammophon (released in 2009, it received a Grammy Award nomination). For Onyx he has recorded Saint-Saëns Cello Concerto no.1 and La Muse et le Poète with the Kansai Philharmonic Orchestra and Augustin Dumay [ONYX4091], released in 2012. He is also a sought-after partner for chamber music. He regularly collaborates with artists such as Augustin Dumay, Andreï Korobeinikov, Louis Lortie, Vanessa Wagner, Anastasya Terenkova.