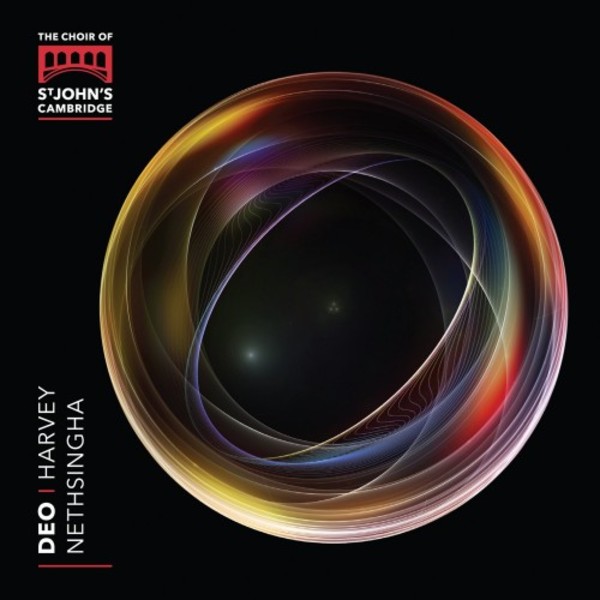 The Choir of St Johns College, Cambridge, one of the finest collegiate choirs in the world, launches a new series of recordings on Signum by exploring the close connections between the college and celebrated British composer Jonathan Harvey (1939-2012), in a disc of works for choir and organ. Harveys music has influenced a generation of composers, described by the Guardians Tom Service as being at once vividly contemporary and timeless. The Choirs director Andrew Nethsingha reflects on his own experiences and work with the Jonathan Harvey in the CDs programme note, in particular as the choir collaborated on what would be Jonathan Harveys final work for the choir, The Annunciation (2011).

St Johns Cambridge imprint will feature all forthcoming recordings by the Choir of St Johns College Cambridge, as well as young talent from the College and prominent alumni.

The second release, due out in autumn 2016, will feature music for Advent and Christmas, including both traditional and contemporary works, including Michael Finnissys John the Baptist, composed for the College Choir and winner of a 2015 British Composer Award. Future St Johns Cambridge releases will include a collection of violin works performed by Julia Hwang  a former category finalist in BBC Young Musician of the Year  currently an undergraduate at the college, and Kodaly and Poulenc Masses.

This is an essential disc not only for admirers of Jonathan Harveys work in general but for all those interested in contemporary sacred music. Harvey stretched the limits of Anglican church music in a way not seen, really, since Tippetts Evening Canticles from 1961, but did so with regularity and consistency. I recall fellow church music enthusiasts in the early 1980s making real (and largely successful) efforts to come to grips with this music, in a way they would never have done for the rest of Harveys output; works such as I love the Lord were totems of the acceptable face of modern church music. But his work has never achieved a regular foothold in the worship of the Anglican Church, and in part this must be attributed to the technical difficulty of some of it. This outstanding recording may help to change that. ... The Magnificat is epic in scope; it is hard to believe that it lasts just under eight minutes. Certainly these are difficult works, including various vocal techniques (whispering, glissandos, percussive repetition of consonants, etc) hardly common in the normal run of church music, but the investment the choir has clearly put into them really gives extraordinary results. ... This recording is outstanding on every count: remarkable and under-peformed repertoire, beautfully performed and recorded.  Ivan Moody
Gramophone July 2016

A labour of love and joy for the choirs director, Andrew Nethsinga, it is apparent from his personal booklet note and, especially, the nuanced and exhilarating performances, that this numinous music is a natural part of the repertoire at St Johns. No matter what challenges are posed, the choir is utterly assured.  Christopher Dingle
BBC Music Magazine August 2016