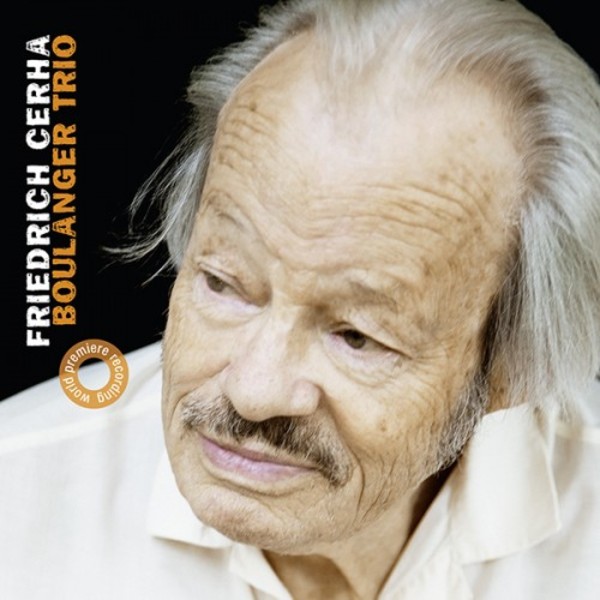 Friedrich Cerhas output has solid roots in an extended musical tradition, while spanning a wide arc from the beginnings of new music all the way to the present. This is not only due to the composers respectable age, but primarily to the great number of activities he has pursued in the course of his long life, along with the great variety of influences he has incorporated into his work. At the Darmstadt International Summer Courses for New Music in 1956, he attended seminars given by violinist Rudolf Kolisch and pianist Eduard Steuermann, who had prepared performances of works by Schoenberg, Berg and Webern in collaboration with the composers themselves. Cerha passed on this first-hand knowledge to the next generations in his numerous articles, in his post as Professor for Composition, Notation and Interpretation of New Music at the Musikakademie (which became the Vienna Conservatory of Music), in his performances as a violinist, and last but not least as a conductor of ensembles, orchestras and operas, much in demand on the international new music scene.

Cerha then opened up his music to influences from other continents, such as polyrhythm and microtonality. In maqam (1989), the first of four string quartets, he used Arabian scales with quarter-tones and corresponding complex rhythms. Starting with Catalogue des objets trouvés (1969) and fully with the composition of the Brecht-based opera Baal (197480), Cerhas style started featuring direct links with traditional expression, melodiousness, harmony and structures ranging from the Baroque Age to the early 20th century. His most recent duo and trio pieces pay homage to Bach, Berg, Schoenberg and to his own previous works, including a series of direct quotes. Rooted in tradition yet entirely at home in the present, Friedrich Cerhas music certainly builds new kinds of bridges. Yet these are no flimsy constructions dangerously suspended over a yawning chasm; instead, his pieces are like sturdy viaducts with several arches firmly planted in different varieties of soil.