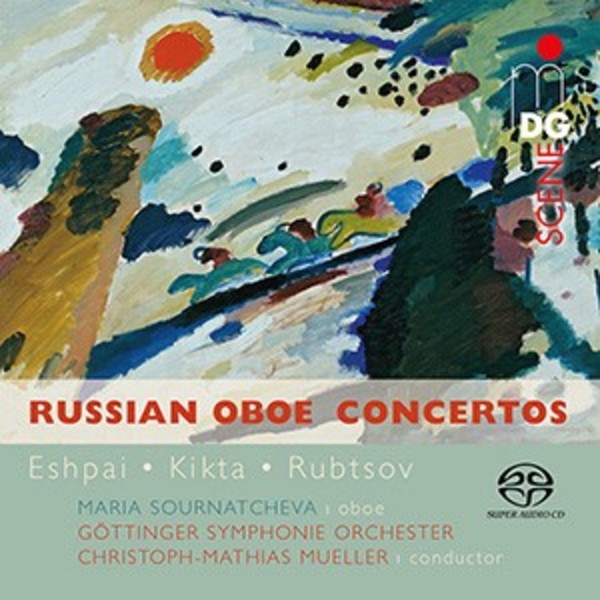 Concerto for oboe and string orchestra

Concerto for oboe and string orchestra

The oboe must have appealed to Valery Kikta as a solo instrument, given that he composed four concertos for it. The Ukrainian composer had originally written the one-movement Belgorod Concerto for an orchestra enjoying great popularity in Russia and the Soviet Union and featuring folk instruments.

Kiktas Third Concerto with an accompaniment limited to a string orchestra tends more toward chamber music, and the same may be said of the piece by Andrey Rubtsov, an internationally sought-after oboist born in 1982 who expertly employs the virtuosic resources of his instrument.

Andrey Eshpais highly ambitious Concerto forms the crowning conclusion of this SACD. The old master of the post-war avant-garde died at the age of ninety in 2015.

In his Oboe Concerto too Eshpai refers to his ethnic roots in the Finno-Ugric people of the Mari; his father before him had collected Mari melodies and committed them to paper. In a compositional style in keeping with modern times, Eshpai conjures up a tonal idiom all of his own lending fascinating new expression to the power of folk art in the multi-ethnic Russian realm.