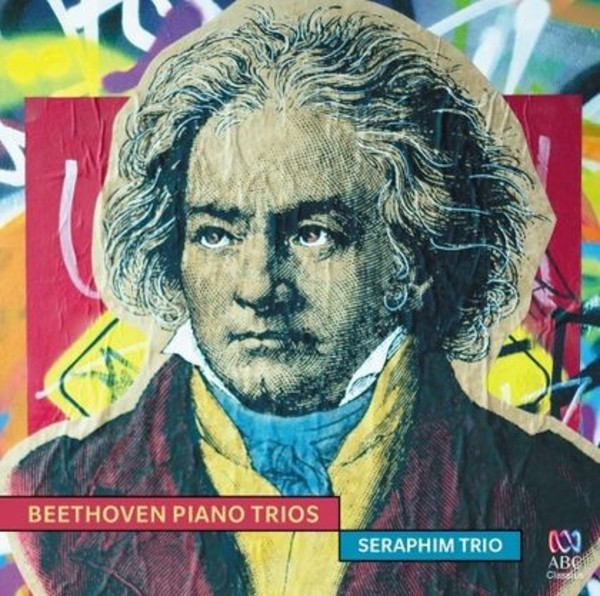 The Seraphim Trio makes a welcome return to ABC Classics with an album of Beethovens Piano Trios. Beethovens trios are amongst the finest works in the chamber canon, taking the form spawned by Mozart and Haydn and developing it into a musical genre which reached symphonic proportions in its musical language and virtuosity.

The album combines two early trios with the later Ghost, showcasing the radical development of Beethoven's style. The opening Trio, op.1 no.2, was written in 1795, when Beethoven was just 23 years old, and shows the influence of both Haydn (in its wit and surprise) and Mozart (in its lyricism - particularly evident in the sublime slow movement).

Written just two years later, the op.11 Trio earns its nickname Gassenhauer, or street hit, on account of its final movement, a delightful set of variations on Joseph Weigls song Pria chio limpegno (Before I go to work I must have something to eat).

By 1808, when the Ghost Trio was written, Beethovens musical language had developed dramatically - and the piano trio, as the Seraphims pianist Anna Goldsworthy comments, had now become the repository of some of his largest ideas. Over the previous decade, Goldsworthy continues, Beethoven had been conducting his experiments with piano sonority, realised most completely in the proto-impressionistic slow movement. This spectral, eerie sound world, never previously inhabited by humans, is the source of the trios nickname Ghost.

This album grew out of the Seraphims Beethoven Immersion project in 2015, when they performed the complete Beethoven Trios in venues around Australia - including complete cycles in Tasmania and South Australia, and pop-up performances in libraries, museums, art galleries and train stations.