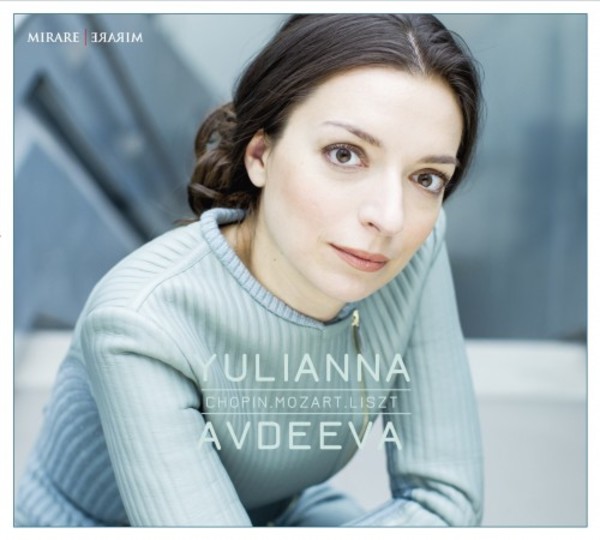 After her first solo CD of Schubert, Chopin and Prokofiev, released on Mirare in 2014 to enthusiastic acclaim from the press, Yulianna Avdeeva recorded her new disc with the legendary German sound engineer, Andreas Neubronner in the marvellous concert hall Reitstadel Neumark. To conclude this beautiful recital, she chose to record the amazing Liszt transcription from Aida by Giuseppe Verdi

Yulianna Avdeeva began her piano studies at the age of five with Elena Ivanova at Moscows Gnessin Special School of Music and later studied with Konstantin Scherbakov and with Vladimir Tropp. She won First Prize in the Chopin Competition in 2010 and her artistic integrity is rapidly ensuring her a place amongst the most distinctive artists of her generation.

There are flashes of unquestionable brilliance in [Avdeevas] playing, beginning with a performance of Chopins F minor Fantaisie that ignores any suggestion of more intimate poetry to be found in what is one of Chopins most original pieces, and ends with Liszts paraphrase of the Sacred Dance and Final Duet from Verdis Aida, which is unexpectedly more expressively yielding. She shows sensitivity in Mozarts D major Sonata K284 and Liszts Dante Sonata has the right dramatic qualities, but is confrontational in the closing pages.  Andrew Clements
The Guardian 27 May 2016