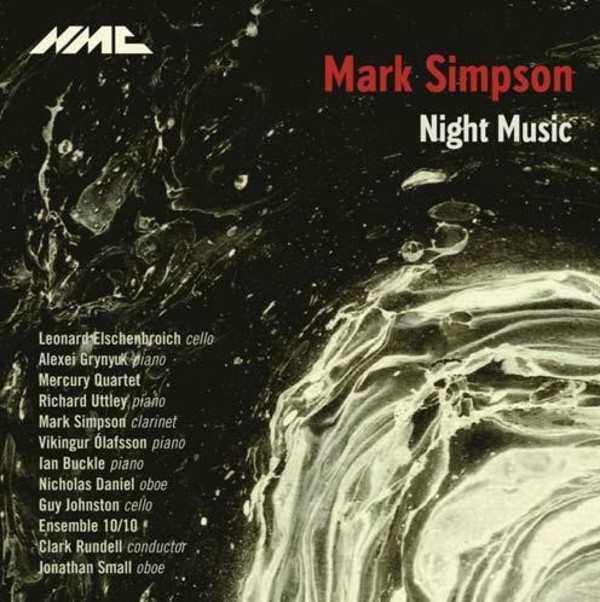 This recording of chamber music pieces by 27-year-old composer Mark Simpson features works spanning ten years. All are performed by the musicians and ensembles for whom they were originally written.

Mark Simpson's works are most often inspired by dark tones and atmospheres of loss, dreams, hauntings, intimacy and passion and, as with Night Music and Echoes and Embers, often embrace ambiguities of emotion and attitude with extremes of quietude and agitation, of fragility and power. His pieces are also his own musical response to poetry (Sylvia Plaths Ariel, Ted Hughess Tales from Ovid for Windflower) or the mysteries and resonances of place (Barkham Fantasy whose genesis harks back to an eerie farmhouse on Dartmoor, and Nur Musik written during a stay in Berlin).

Mark's earliest work on this album, Un Regalo (2004), was written to celebrate the 300th birthday of Guy Johnston's cello and he wrote Love(escape) (2006) for his semi-final recital for the BBC Young Musician of the Year competition.