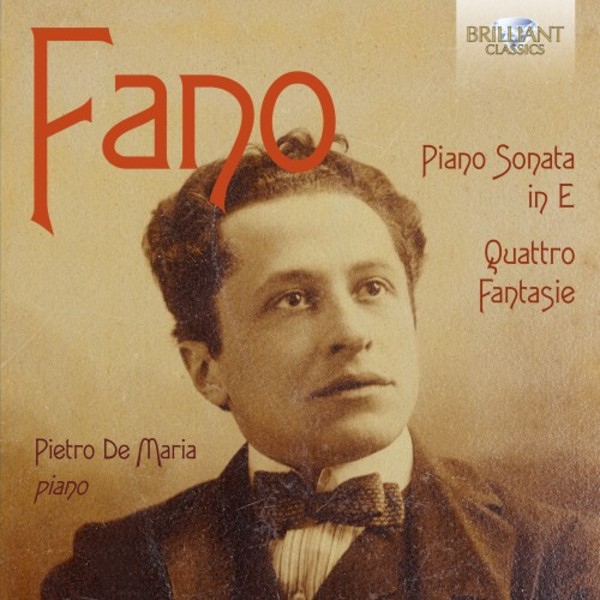 Born in Padua in 1875, Guido Alberto Fano is the latest addition to the list of almost forgotten composers now revived by Brilliant Classics. His musical promise was quickly recognised, and he went to study with Giuseppe Martucci in Bologna as a teenager, before a period in Berlin, where he was taught and encouraged by no less than Ferruccio Busoni. Even if an international career did not beckon for him as it did for other pupils of Busoni such as Weill and Varese, Fanos return to his home country saw him forge a steady career as a pianist, conductor, writer, promoter, and instructor of young musicians in many of the more rigorous conservatoires including Bologna, Naples and Milan, where he retired as professor of piano in 1947. He died in 1961, a man whom time and fashion had overtaken.

The works on this album date from over 60 years earlier, and they overflow with intense Lisztian expression. The four Fantasies of 1896 begin with a dreamy rhapsody, marked Adagio con intimo sentimento. A lovely song without words in the Mendelssohn style is followed by a richly chromatic intermezzo, well worthy of his teacher Busoni and infused with fin‐de-siècle nostalgia. There is a final, impetuously driven Capriccio to conclude the set. Dating from three years later, the Sonata is more ambitious in form and harmony, containing much dense polyphony which again calls to mind Busonis example; so do the myriad effects of timbre and colour which are remarkably advanced for a composer still in his 20s.

Pietro De Maria is rapidly making a name for himself in his native Italy, with a repertoire ranging from J.S. Bach to Ligeti and including the complete works of Chopin in concert. Recent recordings include not only this Brilliant Classics recording but the second book of Bachs Well-Tempered Clavier, and Beethovens cello sonatas with Enrico.