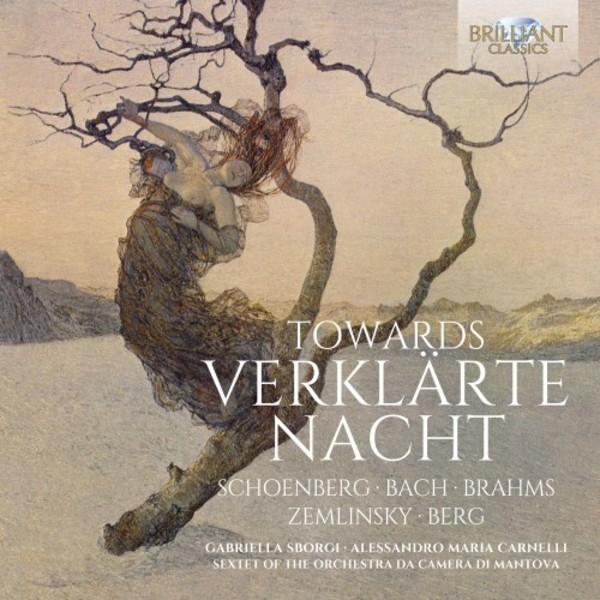 The idea for this album came to conductor and author Alessandro Maria Carnelli as he was researching his new book about Schoenbergs entrancing work Verklärte Nacht. Delving into the background of this piece for string sextet  one of Schoenbergs most important early works  he discovered that the composers influences came from diverse and interesting sources. Always fascinated by counterpoint (as shown later by his experiments in twelve‐tone technique), this stemmed from an appreciation of J.S. Bach, who is represented here in a six‐part ricercar; not specified for string sextet but a highly satisfactory choice for the ensemble nonetheless.

More contemporary influences included Brahms, who composed two string sextets himself, and who also influenced Schoenbergs student Berg. Zemlinsky was highly regarded by Schoenberg  who went on to marry the composers sister  and as the two men collaborated together, they both wrote pieces for string sextet, including Zemlinskys Maiblumen blühten überall, featuring the unusual addition of a female voice.

Schoenbergs composition Verklärte Nacht was born out of the combined influence of these great men who had gone before him, as well as the discovery of Dehmels poem Verklärte Nacht, which chimed perfectly with his wish to write for sextet. This album features not only the complete sections but also Carnellis own reconstruction of the first version of the transition between sections 1 and 2, later crossed out by the composer. It features world class musicians from the Orchestra da Camera di Mantova as well as mezzo Gabriella Sborgi, an established singer in her home country of Italy, described by Bob Kettelson as exceedingly musical.