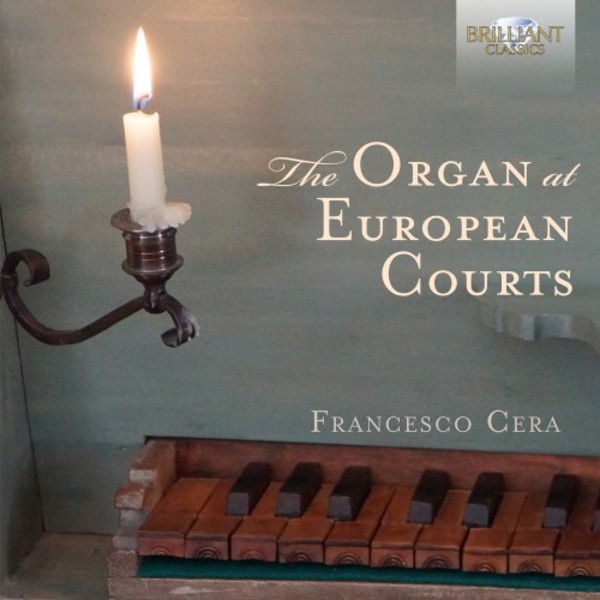 The Organ at European Courts

Though the organ is usually and understandably associated with sacred music, this anthology of secular, dance-inspired music reveals the importance of the instrument in a courtly context. Many well‐appointed royal and aristocratic court chambers had their own chamber organs, often richly decorated, sometimes portable, so that they could be moved from one room of the palace to another. Francesco Cera takes us on a journey around these 16th-century courts, including Venice, Parma, Vienna and London, with lively variation sets on popular tunes and transcriptions of popular songs from the time: music that was good for dancing for dining to, or simply music for a while. The music includes works by Antico, Frescobaldi, Gabrieli, Pasquini, de Cabezon, Scheidemann, Scheidt, Attaingnant and Du Mont.

Most of this music was written for small positive organs sounding an octave higher than written pitch, but such recordings as there are have tended to be made on much larger church organs. Cera, however, has used a rare and well‐preserved example of a positive organ, dated to October 1772, to be found in the refectory room of the Franciscan Convent in the Italian town of Lustra Cilento. The maker is unknown, but it was restored in 2012 and retains the original hand‐operated bellows. There is only a single keyboard, and no pedals, but the organ does boast two four‐foot stops, unlike most others of its size. Organ connoisseurs will be keen to acquire this album for the sake of the instrument alone, but more general listeners will be delighted by an album which presents much light, little‐known and infectiously enjoyable music.

Francesco Cera has an extensive discography on Brilliant Classics, including well‐received solo recordings of dAnglebert (BC94793), Trabaci (BC94897) and J.S. Bach (BC94639).