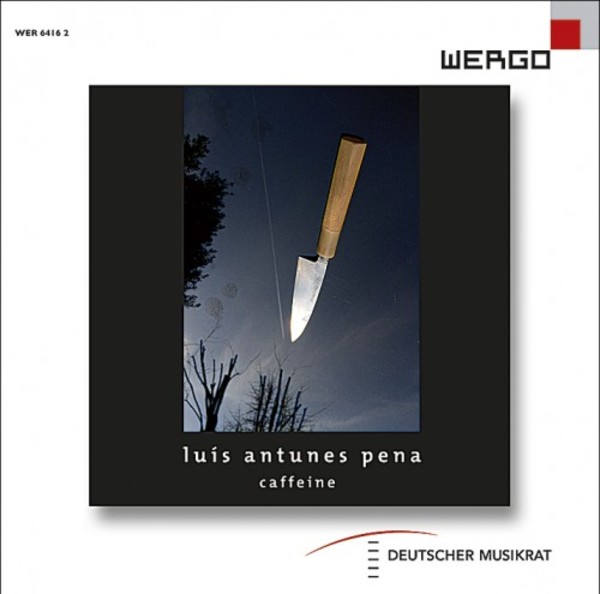 Electronic sounds, everyday talk, industrial and natural sounds, spoken poems, and instrumental music: Luís Antunes Pena used highly different sound materials to create the compositions contained on his portrait CD in the Edition zeitgenössische Musik. "The difference between sound and noise does not matter to me anymore. The sound of a plane or a violin, it is practically the same," explains the Portugal-born composer in an interview with the booklet author Friederike Kenneweg.

In the work Caffeine which also serves as title of the portrait, extracts from conversations recorded during a train ride provide glimpses into his private life. They are combined with multiphonics, percussion and comic noises, among others. In here, as in many other pieces of the CD, electronics and acoustic noise are closely linked with other sound fragments. "Composing with acoustic noise also means to me to test the limits. So, where is music and where isn't music?" In Im Rauschen, cantabile, for example, a pre-produced tape with noises is mixed with the percussive and highly virtuoso performance of the double-bass, interpreted by Edicson Ruiz of the Berlin Philharmonic Orchestra, and culminates in a melodious two-part texture.

The works on this CD were recorded by ensembles of international renown, among them the Ensemble Mosaik, the Norwegian ensemble Asamisimasa and the Portuguese singer Rita Redshoes as well as the percussionist Nuno Aroso. The composer himself created the electronic sounds, thus being directly involved in the works. Large part of the recordings was newly produced for this CD at the German radio station Deutschlandfunk in Cologne.