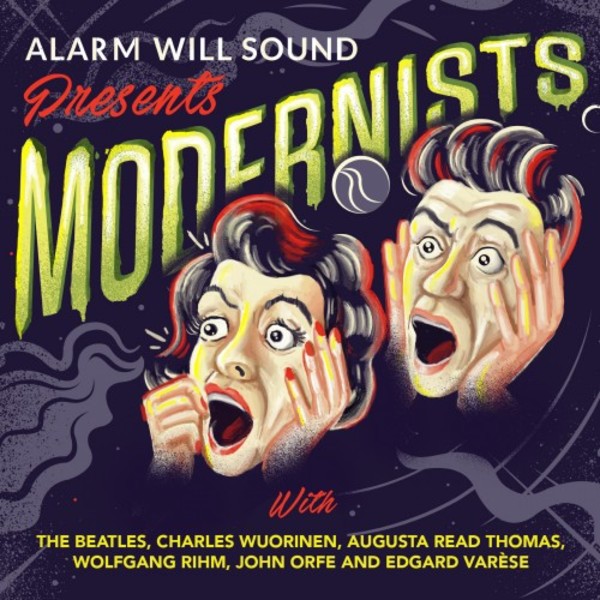 Final Soliloquy of the Interior Paramour

Final Soliloquy of the Interior Paramour

As scary a prospect as it might seem, postmodern classical music has always been a breeding ground for some of the most thrilling creative leaps in recorded sound  which is probably why composers like Cage, Oliveros, Reich, Riley, Subotnick, Varèse and many more are known just as widely for their genre-busting experiments in the studio as they are for their written scores.

Alarm Will Sound tests the limits of the canon with an adventurous foray into the outer reaches of propriety on the ensembles long-awaited Modernists project. Negotiating the perilous extremes between Edgard Varèses Poème électronique and the Beatles Revolution 9, conductor Alan Pierson leads AWS on a lively, loopy journey into the incidental, the grandiose and the unexpected.

Besides the acknowledged staples by the Beatles and Varèse, the 23-piece ensemble tackles more recent work by Wolfgang Rihm, Charles Wuorinen, AWS pianist John Orfe, and Augusta Read Thomas (whose Final Soliloquy of the Interior Paramour features guest vocal performances by Kirsten Sollek and Caleb Burhans). As the Chicago Reader noted ahead of a 2014 performance, Alarm Will Sound hasnt just blurred the lines between neoclassical polyphony and contemporary pop; its obliterated them. The Modernists recording, in all its otherworldly and unwieldy glory, only adds to the mystique.