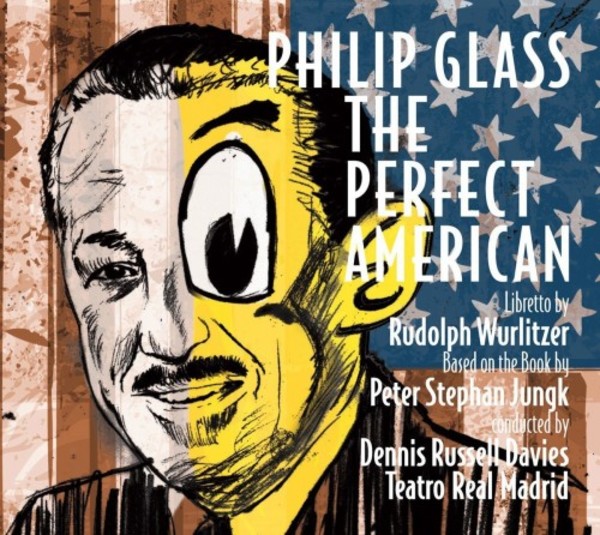 Orange Mountain Music presents the premiere recording of Philip Glass's 2013 opera The Perfect American about the death of Walt Disney performed by an esteemed roster of soloists including Christopher Purves as Walt Disney and performed by the orchestra and chorus of the Teatro Real Madrid under the direction of Dennis Russell Davies. This 2-CD set of The Perfect American is a fictionalized biography of Disney's final months. We discover Disney's delusions of immortality via cryogenic preservation, his tirades alongside his Abraham Lincoln talking robot, his utopian visions and his backyard labyrinth of toy trains.
The Perfect American  an opera in two acts  recorded live at Teatro Real Madrid, February 2013
Cast:
- Walt Disney: Christopher Purves
- Roy Disney: David Pittsinger
- Dantine: Donald Kaasch
- Hazel Disney: Janis Kelly