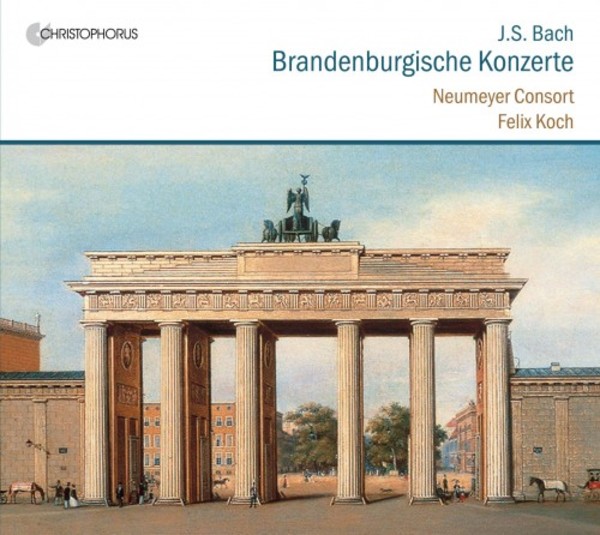 In 1721 Margrave Christian Ludwig of Brandenburg-Schwedts long love affair with Italy was crowned by a cycle which brought him greater posthumous fame than any of his military or political achievements: six concertos in the Italian style sent to him from the Anhalt-Köthen court music director, Johann Sebastian Bach, whom he had met on the composers visit to Berlin in 1719. The master harpsichordist Bach performed for the Margrave at the Berlin court and the latter was so deeply fascinated by Bachs music that he expressed the desire to possess several of the great masters compositions. Bach made a personal compilation in an exquisite fair copy in his own hand of his finest, most magnificent and elaborate concertos in a single volume. The dedication was expressed in the courteous language of French as was the title: Concerts avec plusieurs instruments (Concertos with several instruments). It was the Bach biographer Philipp Spitta who gave the collection its now common title Brandenburg Concertos in the 19th century.