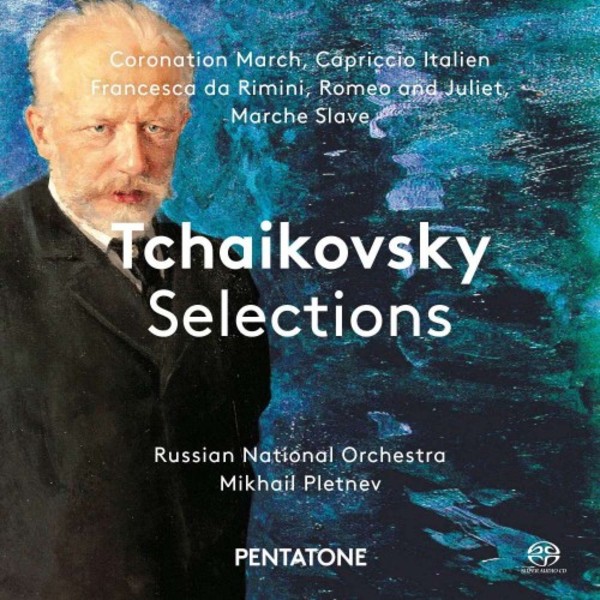 Back in 1990, highly respected both nationally and internationally, Russian pianist and conductor Mikhail Pletnev formed the first independent orchestra in the history of his country, the Russian National Orchestra. Many of Russias finest musicians joined him in the launch of this ensemble, which achieved a towering stature among the worlds orchestras within a short period and which Pletnev continues to serve as Artistic Director and Principal Conductor. Twenty-five years ago, the first recording the RNO ever made was of Tchaikovskys Symphony No.6, the Pathétique.

This album combines Peter Ilyich Tchaikovskys Coronation March (1883), Capriccio Italien, op.45, Francesca da Rimini, op.32, Romeo and Juliet (1880) and Marche Slave, op.31. It completes the Tchaikovsky cycle including the integral symphonies and the Manfred Symphony, the RNO recorded for PENTATONE between 2011 and 2014, under the baton of its artistic director Mikhail Pletnev.

At the occasion of the orchestras 25th anniversary in 2015, the cycle was re-released as a 7-SACD box-set. With a musical content varying from virtuoso fireworks to ravishing lyricism, one could say this disc is a true coronation of the first 25 years of this magnificent orchestra.