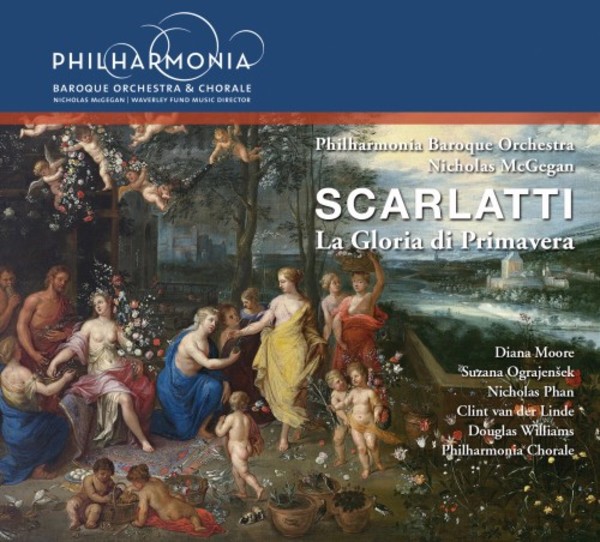 After Holy Roman Emperor Charles VI acquired the kingdom of Naples in a treaty, the Neapolitans commissioned their court composer, Alessandro Scarlatti, to compose a grand serenata to celebrate the birth of Charles VIs son, prince John Leopold. Scarlatti wrote the piece within a few weeks and it was performed to audiences in Naples immediately following the birth. Unfortunately, just months after La Gloria di Primavera premiered, the celebrated infant died and the incredible work was forgotten.

Its rare to have the opportunity to be among the very first in the world to present this stunning serenata to modern listeners. When the manuscript of The Glory of Spring was shared with me, I was enthralled by its exquisite beauty, its grand majesty. I have been so eager to bring this to our audiences, says McGegan. I assure you, after 300 years, it is worth the wait!

The performances were recorded live at First Congregational Church, Berkeley, CA on October 4 and 10, 2015. This recording is made possible by a generous gift from the Waverley Fund.