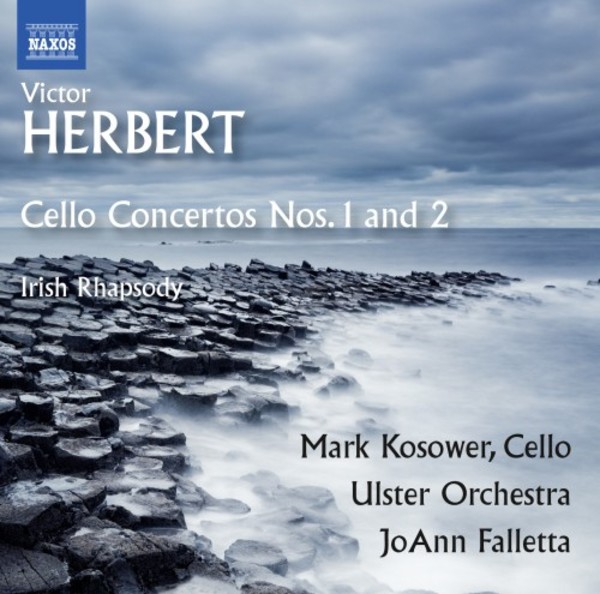 Irish-born Victor Herbert was one of the most celebrated names in American music in the late nineteenth and early twentieth centuries. A cellist, conductor, and composer of light operas, he was also a recording artist. His two Cello Concertos are full of graceful melodies, the First having a songlike slow movement and a spirited Polonaise finale that earned praise at its 1885 première in Stuttgart. The Second Concerto, scored for a large orchestra, is more tightly constructed than the First. It was hearing this work that inspired Herberts boss at the National Conservatory in New York, Antonín Dvořák, to write his own great B minor Cello Concerto.
JoAnn Falletta serves as Music Director of the Buffalo Philharmonic and Virginia Symphony and is the Principal Guest Conductor of the Brevard Music Center of North Carolina. She has guest conducted over a hundred orchestras in North America, and many of the most prominent orchestras in Europe, Asia, South America and Africa. From 2011 to 2014 she served as Principal Conductor of the Ulster Orchestra, with whom she made her début at Londons prestigious Proms and has recorded music of Gustav Holst, E.J. Moeran and John Knowles Paine. Recipient of the Seaver/National Endowment for the Arts Conductors Award, winner of the Stokowski Competition, and the Toscanini, Ditson and Bruno Walter conducting awards, Falletta has also received twelve ASCAP awards and served on the U.S. National Council on the Arts. A champion of American music, she has presented over five hundred works by American composers including 110 world premières. Her Naxos recordings include the double Grammy Award-winning disc of works by John Corigliano and Grammy nominated discs of works by Tyberg, Dohnányi, Fuchs, Schubert, Respighi, Gershwin, Hailstork and Holst.

Mark Kosower is a red-blooded soloist, backed by the Ulster Orchestra under conductor JoAnn Falletta. We also get Herberts Irish Rhapsody, essentially a stock exercise in homesick audience-pleasing, but nicely done, and ending with an impressive folk-tune mashup.  Erica Jeal