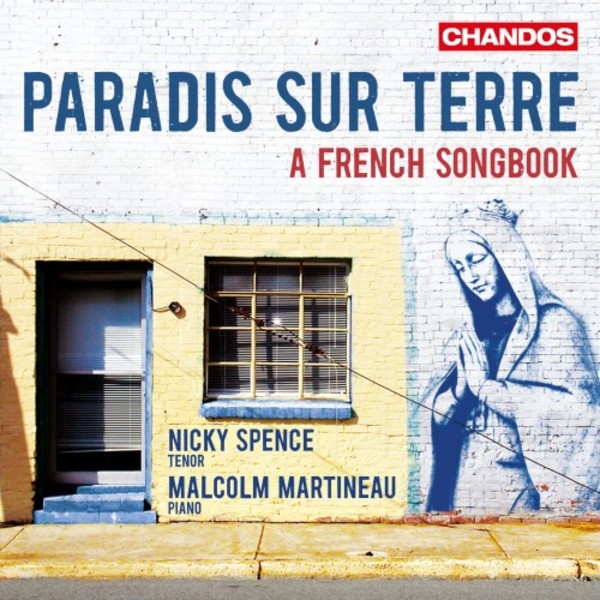 Young Singer of the Year at the 2015 Opera Awards, Nicky Spence joins the highly praised accompanist Malcolm Martineau, just honoured with an OBE, in this unique collection of French songs from the turn of the last century, a repertoire that was very rarely performed in public at that time, the concept of the song recital still in the future.

But private salons offered room for noticeable stylistic experiment, as we can tell from the striking advances which Debussy displayed in the songs he composed within the first ten years of his career. The Verlaine settings recorded here may have been sung in the house of his wealthy friend Ernest Chausson, also a composer, and they were admired for the novelty of their musical language.

Both Lili Boulanger and André Caplet would class themselves as disciples of Debussy, borrowing his enriched harmonic vocabulary and adventurous piano style to write songs that are essentially beyond the range of the amateur. Cécile Chaminade, meanwhile, found a fluent style that owes more to Gounod and Saint-Saëns. She was fully at home and celebrated in the salon world, as both composer and pianist.

This disc from tenor Nicky Spence and pianist Malcolm Martineau blows the dust off some worthwhile songs from Debussy and his French contemporaries. André Caplets three Prières have gently roaming vocal lines in the vein of his friends opera Pelléas et Mélisande; things intensify in the Apostles Creed, in which the piano especially takes passionate flight. This, like everything else here, is beautifully played by Martineau. Spences tenor may lack the ideal silkiness, but he is an engaging singer with a vibrant sound, capable of soaring above the detailed, shimmering accompaniments of Lili Boulangers 13 Clairières dans le Ciel, the sixth of which is unabashedly under the influence of Wagners Tristan und Isolde. Debussys Trois Mélodies de Verlaine are from a similarly misty, symbolist world. Written in 1891, these anticipate the 20th century; six contemporaneous songs by Cécile Chaminade look back to the 19th, but are lively and charming for all that.  Erica Jeal