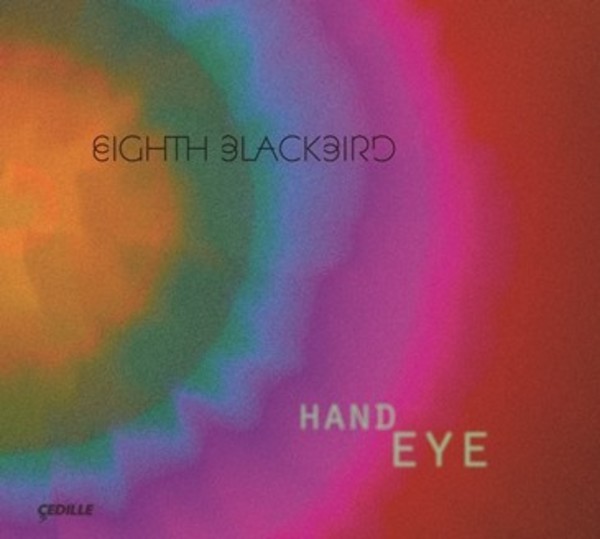 Hand Eye, the newest project from multiple Grammy award-winning super musicians (Los Angeles Times) Eighth Blackbird, features a musical dream team of performers and composers in an album of great beauty, energy, and immediacy. Eighth Blackbird won Grammy awards for all three of its Cedille recordings released between 2007 and 2013. Its next Cedille album, FILAMENT, was released in September 2015 and immediately received a Grammy nomination.

In Timo Andress Checkered Shade, the aural perspective zooms out as musical fragments coalesce into an expressive chorale. Andrew Normans Mine, Mime, Meme places the cellist in a sonic space where the other instrumentalists mimic his playing. Robert Honsteins three-movement Conduit takes its cue from an interactive digital sculpture pulsing with colours and the world of touch-screen electronic devices. Christopher Cerrones South Catalina reflects both an audio-responsive interactive light sculpture and the composers discomfort with Southern Californias perpetual sunshine. Ted Hearns By-By Huey is a soul-infused jam session. Jacob Coopers Cast assembles an array of distinctive musical gestures around a vibraphone line.

Though minimalism  Reich and Adams more than Glass  seems to be a common starting point for all six composers, and they move unselfconsciously between purely diatonic and much more complex, heavily chromatic textures, their musical personalities seem markedly different and sharply contrasted. Some of the music, such as Cerrones South Catalina, is bright, shiny, outgoing; other pieces, such as Hearnes By-By Huey, are darker and more conflicted. As a snapshot of what one group among the younger generation of US composers is doing, its encouraging and revealing.  Andrew Clements