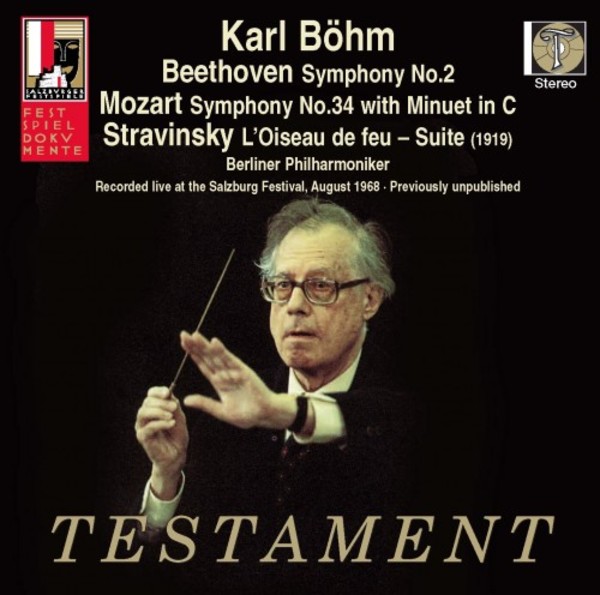 Deep in the DNA of the Salzburg Festival is the work of two composers. One is Wolfgang Amadeus Mozart, Salzburgs most famous son. The other is Richard Strauss, a devoted Mozartian who by the time of the founding of the festival by Max Reinhardt and Hugo von Hofmannsthal in 1920 was what Mozart himself had once been: Austro-Germanys finest living theatre composer.

Karl Böhm was a master of both mens music, which is why for a quarter of a century between 1956 and his death in 1981 he was very much the keeper of the flame where Salzburgs Mozart-Strauss tradition was concerned. During that time the festivals de facto artistic director was Herbert von Karajan. That the two men did not particularly like one another was beside the point. It was sufficient that there was mutual respect between them and that Karajan  a Salzburger by birth who had known the festival since its earliest days  was more than happy to cohabit with his revered older colleague. To the delight of the Salzburg faithful, Böhm was allowed to go quietly about his business.

Not that the cohabitation had a particularly easy start. In 1956 Böhm lost his position as head of the rebuilt and recently reopened Vienna State Opera. He was succeeded by Karajan, who that same year was given a three-year contract to run the Salzburg Festival. If Böhm was dismayed, he need not have been, given the festivals heritage and his own importance to it. It had been during Böhms first stint as director of the Vienna Opera in 1943-45 that the foundations of the houses fabled post-war Mozart ensemble had been laid. Salzburg made extensive use of this in the post-war era
and would continue to do so throughout the Böhm- Karajan cohabitation

Born in Graz in 1894, Böhm learned his trade in the opera house, more particularly at the Munich Opera in the early 1920s where he worked alongside Bruno Walter and Richard Strauss. It was there that he acquired his Mozart style: cogent, balanced, subtly various, fiery where needed. Learning how to fine-tune the Mozart operatic engine, then drive it vividly and exactingly along, was for him an education whose value extended beyond Mozart to the wider operatic and symphonic repertoire.