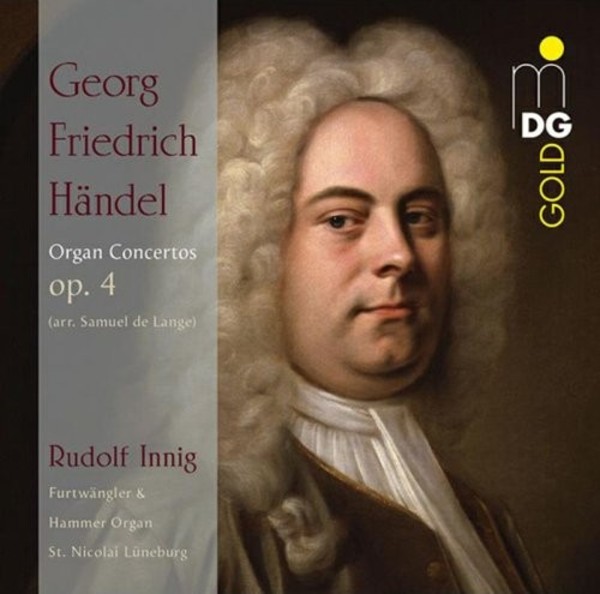 Handels successes and failures as an independent entrepreneur in mercantile London are legendary. His hard-fought rivalry with his colleague Porpora had artistic consequences amply documented in the development of his operas and oratorios.

He then hit on the idea to present concertos on the organ to his public as entertainment during the intermissions and scored a sensational success. Even Porporas star-studded ensemble of vocalists including the famous Farinelli as a powerful drawing card could no longer compete with him.

During later generations Handels organ concertos inspired the production of highly imaginative arrangements. What Samuel de Lange (completely forgotten today, unjustly so) did with the sources about 150 years later is now for the first time being presented on the historic Furtwängler & Hammer organ in Lüneburg.

The great respect shown by de Lange for his masterful source material is reflected even in his musical text: he precisely noted in the original when the organ was to play and when the orchestra was to do the same. On a three-manual instrument, like the one available to de Lange in Rotterdam, the organist could produce a genuine concerto  with solo and tutti in alternation  just as had once been Handels practice.

Recorded on the Furtwängler & Hammer organ (1899) of the St. Nicolai Church in Lüneburg