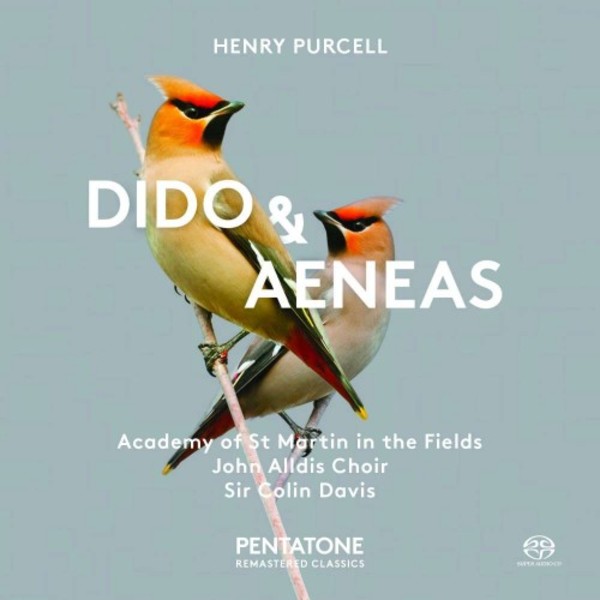 Philips Classics began making multi-channel recordings back in the 1970s, at a time when most companies were still only recording in two-channel stereo. The concept of surround sound, let alone the possibility that this might someday be reproduced at home in the living room, was as yet unheard of. After remastering them, PENTATONE is now presenting these original Philips Classics recordings in the REMASTERED CLASSICS series on Super Audio CD, thereby making it possible to finally enjoy these recordings in the quality they were intended to possess from the beginning.

When Henry Purcell wrote his one and only opera Dido and Aeneas in the second half of the seventeenth century, there was no existing opera tradition in England. With a libretto based on Virgils Aeneid and its music stylistically close to and derived from the typically English Masque form (a festive courtly entertainment involving music, dancing, singing and acting, within an elaborate stage design) Purcell created a monumental baroque opera. Dido and Aeneas is considered by many to be the most important opera to appear between Claudio Monteverdis L'incoronazione di Poppea and WA Mozarts later masterpieces. Still today it is widely performed and its most famous aria When I am lead in earth (Didos Lament) arguably can be counted amongst some of the most famous opera arias ever.

This album was recorded at the Walthamstow Town Hall, London, United Kingdom in August 1970, and remastered in Baarn, The Netherlands in November 2015