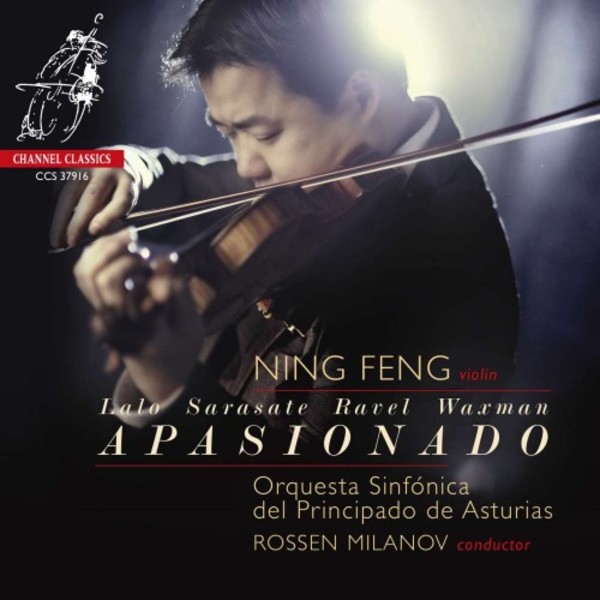 On this CD, full of virtuoso firework, romantic lyricism and temperamentful folklore, the borders between Spain and France fade and passion takes over. When Ning Feng was asked to perform with the Spanish Orchestra Sinfónica del Principado de Asturias in Spain it was clear this passion was guaranteed. The Channel van, packed with microphones and cables, drove all the way through French mountains and along Spanish coastlines to the Auditorio Palacio in Oviedo where we captured his daredevil violinistic stunts and tones of unsurpassed sweetness and purity. Ning Feng will be artistic partner of the orchestra during the 2016/17 season.

Established at the highest level in China, Ning Feng performs regularly in his native country with major international and local orchestras, in recital and with the Dragon Quartet which he founded in 2012. Now based in Berlin and enjoying a global career, Ning Feng has developed a reputation internationally as an artist of great lyricism and emotional transparency, displaying tremendous bravura and awe-inspiring technical accomplishment. Ning Feng plays a 1721 Stradivari violin, known as the MacMillan, on private loan, kindly arranged by Premiere Performances of Hong Kong, and plays on strings by Thomastik-Infeld, Vienna.

Having inherited the legacy of the former Provincial Symphonic Orchestra, with origins dating back to 1939, as well as that of the later Symphony Orchestra of Asturias, the OSPA today is renowned both within Asturias and around the world for its versatility, interpretive powers and undisputed musical quality.