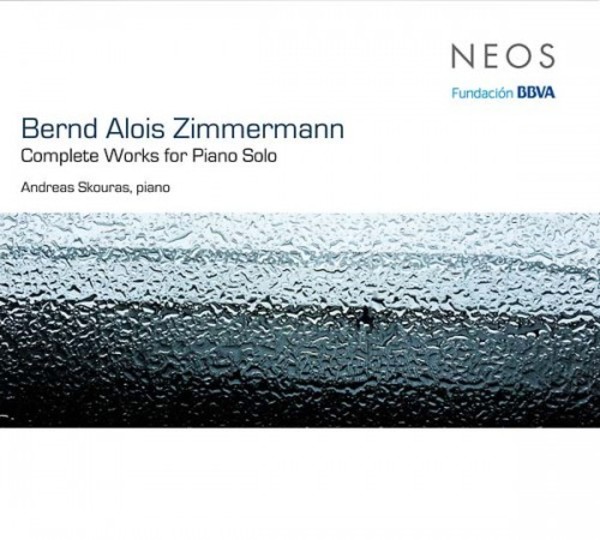 In order to support himself financially, Bernd Alois Zimmermann arranged entertainment and film music during the 1950s and composed contributions for school radio broadcasts.

In 1956 he was elected president by the German Section of the ISCM, but gave that post up one year later. He was the first composer to receive a stipend of the Villa Massimo in Rome in 1957. Beginning in 1957 he led a composition class and the seminar for film and radio music at the Cologne Music Academy.

The last years of his life were dedicated to work on the Requiem für einen jungen Dichter (Requiem for a Young Poet) which was given its premiere in 1969.

Bernd Alois Zimmermann was honoured with a number of prizes, including the Great Artists Prize of North Rhine-Westphalia (1960) and the Artists Prize of the City of Cologne (1966). In 1965 Zimmermann became a member of the Berlin Academy of the Arts. On 10 August 1970 he departed willingly from this life in Groß-Königsdorf near Cologne.