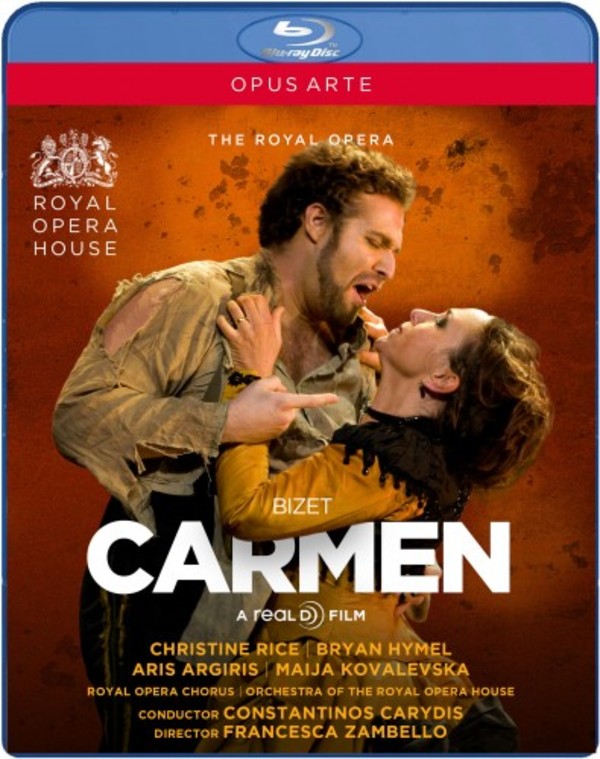 Julian Napiers cinematic film of the Royal Operas production of Carmen  originally shot in 3D  is now made available on DVD and 2D Blu-ray. Arguably the worlds most popular opera, at the centre of this musical drama is the fiery Carmen, a gypsy woman whose love is as fleeting as it is passionate. Carmen has a devastating effect on the men she ensnares, and as the opera begins, she initiates an intense love affair with army corporal Don José. Later, when she abandons him for her new conquest, the bullfighter Escamillo, Don Josés jealousy turns to rage. This time, Carmen has pushed one suitor too far for her own good. In this characteristically vivid and vibrant stage production by Francesca Zambello, Seville is brought to life with ranks of soldiers, crowds of peasants, gypsies and bullfighters  as well as a magnificent horse, a donkey and even some chickens! Featuring the indomitable Bryan Hymel as Don José and Christine Rice in the title role, this compelling production of Bizets masterpiece has everything from intimate solos to rousing choruses, making it truly a musical event to remember.

... an earthily alluring Carmen from Christine Rice. - The Guardian

- First 2D release of 2011 Carmen originally filmed and issued in 3D
- Extra features: Carmen the opera and a Cast Gallery