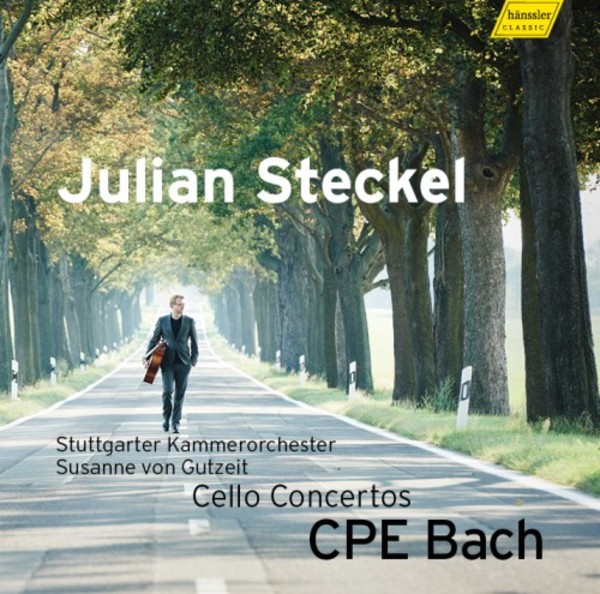 CPE Bach began writing his three cello concertos in 1750, not for his royal employer, but for middle-class musical society in Berlin and Potsdam. The works were later also published in versions for harpsichord and flute. Concertos for the cello were new at the time, for the instrument had thus far been seen as a continuo instrument. In the opinion of the flautist and music theorist Johann Joachim Quantz of Berlin, 'Performing solo on this instrument is not at all an easy matter. In order to distinguish himself, a player must be born with long fingers and strong nerves to accomplish the stretches.' Bach obviously had an excellent player at his disposal - in all probability Ignaz Mara (1721-1783), the Bohemian first cellist at the royal chapel. In Friedrich Nicolai's Beschreibung der Königlichen Residenzstädte Berlin und Potsdam (Description of the royal seats of Berlin and Potsdam) of 1779, Mara is mentioned as an 'outstandingly good solo performer on the cello' and claimed to have had an 'extremely moving' tone. Nicolai ends the section with the comment: '... no more than an excellent orchestral musician in his old age'. Mara was in his mid-fifties at the time.