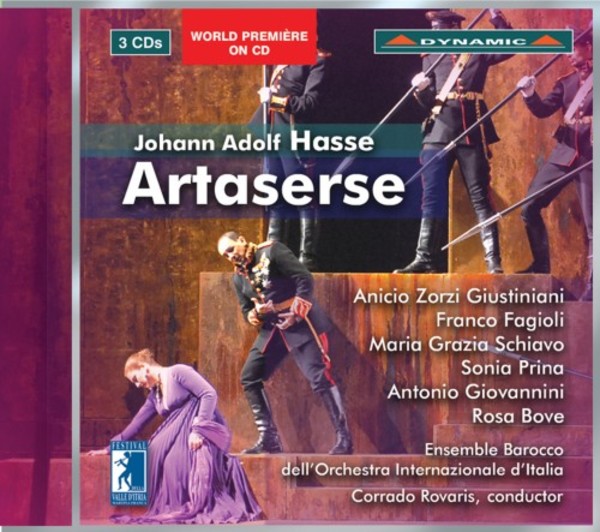 A classic work of its genre and historical period, Artaserse was premièred in Venice in 1730 by the most famous singers of the day: Farinelli in the role of Arbace, Cuzzoni as Mandane and the castrato Nicolino as Artabano. Following its initial success, Hasse produced two different versions of the work, the first in 1740 and the second in 1760. This world première recording is based on the original Venice version. The exceptional cast features countertenor Franco Fagioli in the role originally taken by Farinelli, his stunning technique making light of the 3-octave range with uniform timbre, remarkable power and striking resonance. Equally memorable is the aria Pallido sole sung by Sonia Prina. This world première recording is now available on CD and DVD.