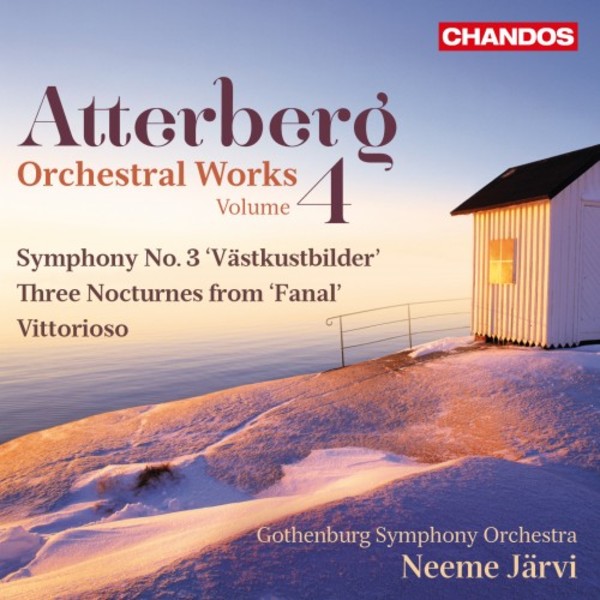 The warm and tuneful music of Atterberg  one of Swedens leading composers in the twentieth century  meets the idiomatic spirit and commitment of the Gothenburg Symphony Orchestra conducted by Neeme Järvi, for volume four in this series.

The third of his nine symphonies, featured here, is a set of three West Coast Pictures. These contrasted movements (Summer Haze, Storm, and Summer Night) were inspired by the atmosphere and landscape of the archipelago on the Swedish west coast and written between 1914 and 1916. It achieved great popularity abroad and was in Germany even considered as among the finest symphonic works written so far that century.

The Three Nocturnes are orchestral movements which Atterberg extracted from Fanal (The Beacon), his highly praised third opera, which received thirty performances between its premiere in 1934 and 1957 and is nowadays his most appreciated stage work.

Vittorioso was originally composed as the fourth movement of the Seventh Symphony (Sinfonia romantica) and, like the Three Nocturnes, shares its themes with the opera Fanal; the coupling gives a taste of Volume 5, due for release in 2017.