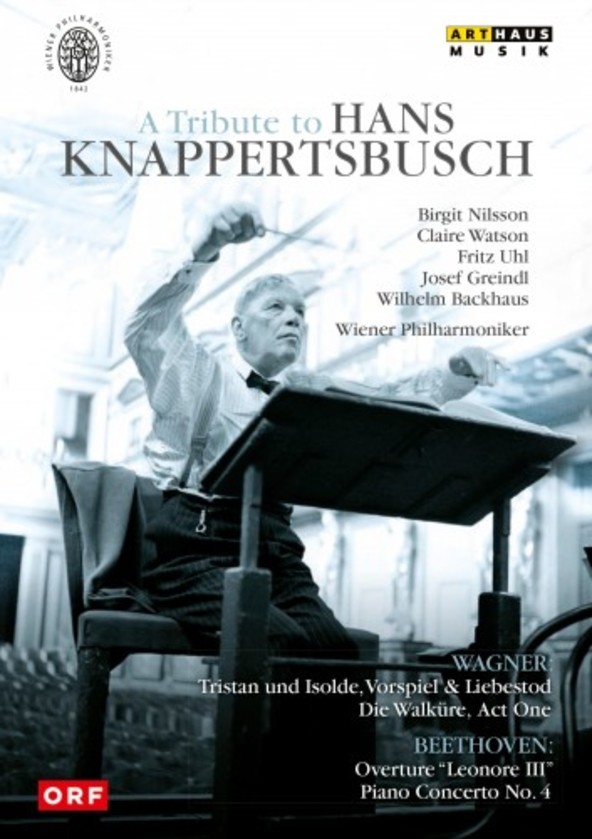 A Tribute to Hans Knappertsbusch (DVD)

The Vienna Philharmonic Orchestra and Hans Knappertsbusch worked together for the first time at the Salzburg Festival in 1929. Mozarts Eine kleine Nachtmusik, De Fallas Nights in the Gardens of Spain and a Dance Suite by the composer Franckenstein formed the first half of the programme while Beethovens Eroica took up the second half. Although the orchestra and the conductor had never met before, Knappertsbusch rehearsed only the first part of the programme. He refused to rehearse Beethovens Eroica, saying, You know the work, I know the score. The violinist Otto Strasser remembers, He radiated such confidence on the evening of the concert that a rehearsal had indeed not been necessary

This incident was characteristic for the relationship between the Vienna Philharmonic Orchestra and Hans Knappertsbusch, which lasted for 35 years, giving 210 concerts and playing for innumerable performances at the Vienna State Opera. Although Knappertsbusch was born near Wuppertal in Westphalia in 1888, the conductor felt particularly at home in Vienna. When the National Socialists removed the somewhat defiant Musical Director of the Munich State Opera from his post in 1936 in the middle of a performance and forbade him to conduct any further performances or concerts, Knappertsbusch took up a position as conductor at the Vienna State Opera, where Bruno Walter was Artistic Director at the time. As a result he had a particularly close relationship with the Vienna Philharmonic Orchestra, which remained unchanged till the end of the war. After the Second World War Vienna continued to be the centre of his conducting activity - together with Munich and Bayreuth - and until shortly before his death in Munich in 1965, Knappertsbuschs concerts were the annual highlights of the season not only for the orchestra but also for his many fans.