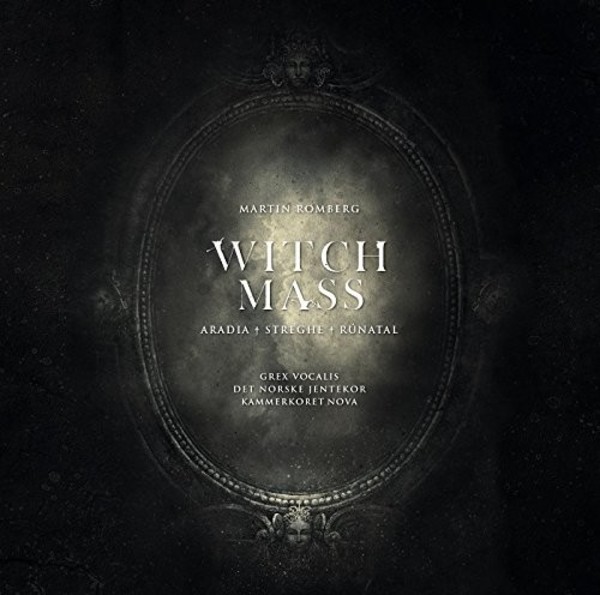 Aradia, or the Gospel of the Witches
Runatal (Rune Song of Odin)
Streghe (Witches)

Aradia, or the Gospel of the Witches
Runatal (Rune Song of Odin)
Streghe (Witches)

Composer Martin Romberg is releasing Witch Mass, his second solo CD on the LAWO Classics label, this time with music for choir.

The compositions are based on ancient magic spells and hymns to nature spirits  rituals, it is said, still secretly practised in rural Italy. Moon goddess Dianas daughter Aradia, Pan, blood sacrifice, and boiling witches cauldrons are some of the elements. Yet it is white magic, not black, that is always central.

Aradia, or the Gospel of the Witches and Streghe (Witches) are followed by a composition inspired by Norse mythology, Rúnatal, or the Rune Song of Odin. It is the story of how the Norse god hung for seven days on Yggdrasil, the World Ash Tree, and sacrificed an eye to achieve eternal wisdom. The work is a vigorous tribute to pre-Christian Norwegian culture and is sung in Old Norse.

The works on this recording are performed by three of Norways leading choirs: Grex Vocalis, Det Norske Jentekor, and Kammerkoret NOVA.

Martin Romberg is a Norwegian classical composer educated in Vienna who early on was interested in setting magic to music. From his base in France he has worked with close to twenty orchestras throughout Europe, together with numerous choirs and soloists the world over. Mysticism, fantasy literature, and even comic books serve as the background for his music.