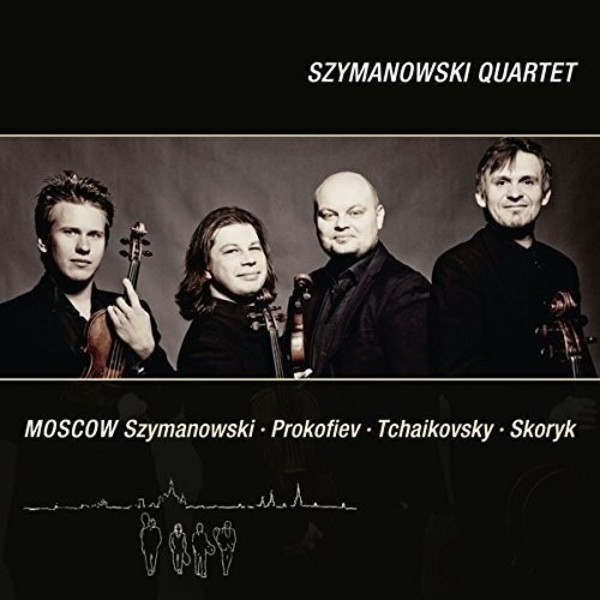 Moscow
Moscow was an important European cultural metropolis at the onset of the 20th century. Although Karol Szymanowski only visited the Russian capital a few times, he remained closely involved with Russian music throughout his entire life. Encounters with composers such as Igor Stravinsky and Sergei Prokofiev particularly inspired him. From Romantic lyricism to avant-garde archaism Moscow exerted a major attraction as a cultural metropolis on all of Eastern Europe. In the first decades of the 20th century, Russian culture entered into a Golden Age that extended its influence on the entire West. The thriving of Russian culture was not only due to certain masterpieces, but to a series of artists who were quite popular abroad: not only Diaghilev with his Ballets russes, but others such as Chagall, Kandinsky and, most of all, musicians of the likes of Stravinsky, Prokofiev and Rachmaninov, who successfully toured many countries and attained great popularity in exile.

Szymanowski in the Music Metropolises of Europe
In 1995 we founded the Szymanowski Quartet with a clear purpose: to celebrate the legacy of one of Polands greatest composers. Karol Szymanowski is often referred to in Poland as the countrys first modern composer and, indeed, he truly introduced a new era in Polish music history. Szymanowskis techniques and means of musical expression were further developed and placed in new contexts by significant 20th-century composers such as Lutosławski and Penderecki. While we were still children, and later on as music students, we were always taught how important Szymanowski had been to Polish music. We also learned about his travels to other European countries, and about the musical discoveries he made there. Throughout our career as a quartet, while studying, rehearsing and performing works written by the likes of Beethoven, Schubert, Schoenberg, Ravel, Tchaikovsky or Shostakovich, we gradually started noticing a deeper connection running between Szymanowskis music  his quartets  and the great masterworks written by other European composers. We started grasping the extent to which Szymanowskis trips throughout Europe, coupled with his particular open-mindedness towards musics and cultures of other countries, bore a profound influence on his own compositions. After more than ten years of attentive study and joint concert performances of Szymanowskis music and of the other outstanding works of the string quartet repertoire, we have come to appreciate him more than ever as one of early 20th-century Europes most fascinating composers. In this series of three CDs, we would like to invite you to embark with us on a journey to the three most important music centres of Europe in the early 1900s: Paris, Vienna and Moscow. On this musical tour we will present you with works by musicians who were very popular when Szymanowski travelled through Europe, along with certain composers whose influence on his music was direct. We have also stumbled upon a series of fascinating, unusual compositions such as Szymon Lakss Third String Quartet which, although written after Szymanowskis death, is still connected to the same roots. (Grzegorz Kotów, violin II)