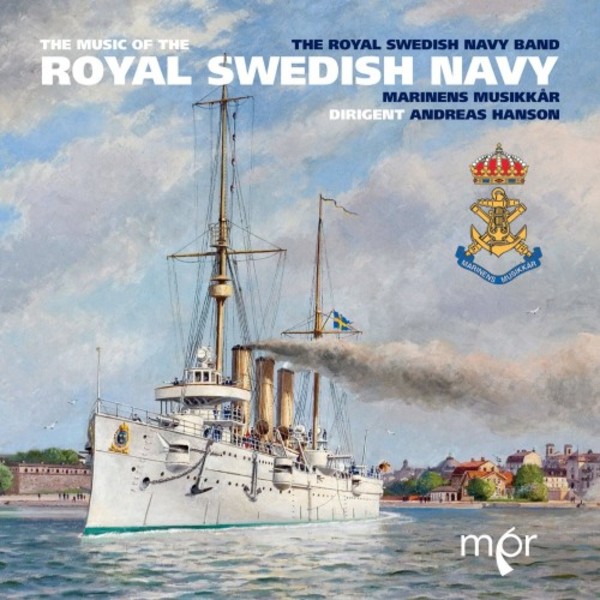 The Music of the Royal Swedish Navy

This album presents a very comprehensive selection of the music associated with the Royal Swedish Navy and includes many wonderful marches, ceremonial and reflective music of different types as well, plus a number of Naval signals. The Royal Swedish Navy Band is one of the finest military bands in Europe and was until very recently under threat of being axed as part of Swedish Defence cuts. Fortunately for all, the Band has been saved and is shown at its best in this beautiful symphonic recording made in studio conditions in the wonderful acoustic of the historic wooden Admiralty Church (Ulrica Pia), Karlskrona, Sweden. The recording engineer was the legendary Tony Faulkner, with Mike Purton producing and editing. This outstanding recording demonstrates the importance of the Royal Swedish Navy Bands preservation as a major Swedish national musical institution. And as a musical performance, it will give enormous pleasure.

I guess that military bands in the States around the turn of the (19th) century would have sounded just like the excellent musicians of The Royal Swedish Navy Band ... played with verve and enthusiasm by the Royal Swedish Navy Band, an ensemble whose sound harks back to the days when Sousas band would have taken the world by storm - David Denton