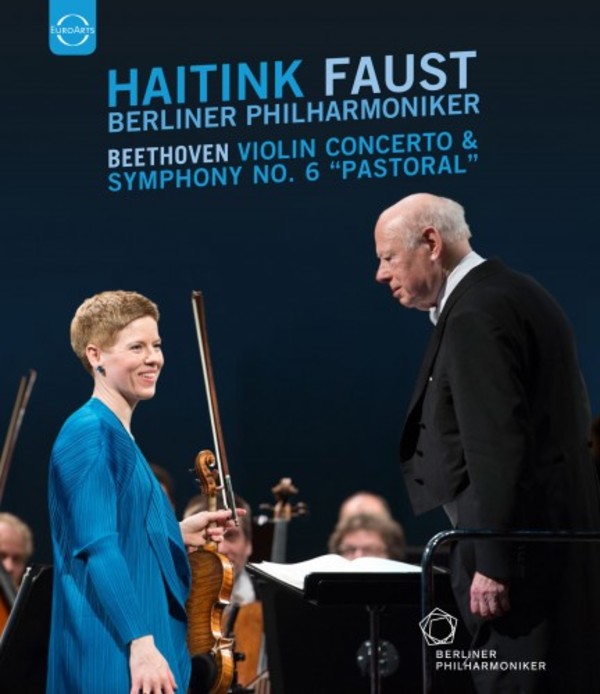 A Beethoven evening with Bernard Haitink and Isabelle Faust

Under the baton of Bernard Haitink, who is regarded as an authority on the music of Beethoven, they played the famous Symphony no.6 Pastorale

For the Violin Concerto the Berliner Philharmoniker were joined by multi-awarded Isabelle Faust, whose tone captivates in equal measure with passion, grit, ... warmth and sweetness (The New York Times).

Bernard Haitink won the Lifetime Achievement Gramophone Award in 2015, while Isabelle Faust was winner of the Echo Klassik in 2015

This concert, filmed last year in the Festspielhaus of Baden-Baden, finds the Berlin Philharmonic and Bernard Haitink on top form. Isabelle Faust makes light of the technical difficulties of Beethovens sometimes awkwardly-written Violin Concerto. The quiet warmth of her playing, particularly in such moments as the mysterious ending to the first stage of the opening movement, and the new theme that so unexpectedly emerges at the mid-point of the slow movement, is a constant pleasure.  Misha Donat
BBC Music Magazine April 2016