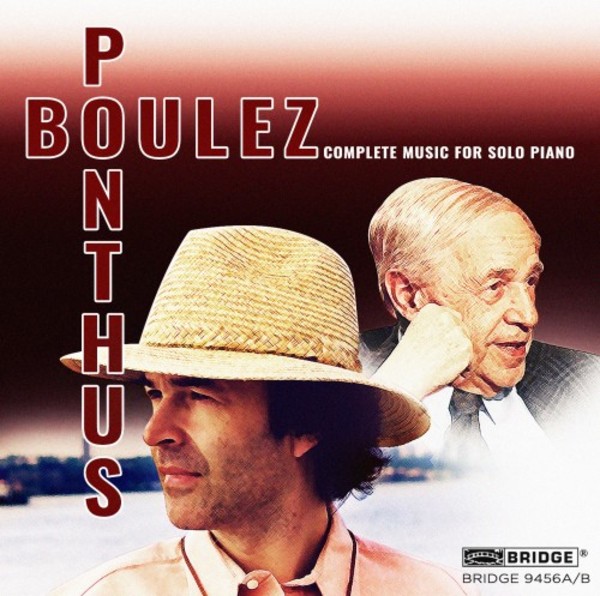 Pierre Boulez's solo keyboard output remains heavily weighted in favor of the most radical, intransigent phase of his development  his twenties  although it is no coincidence that these were also his most productive, self-assured years as a composer. As Charles Rosen, one of Boulezs important early interpreters, observed, the piano is a traditional outlet for experimentation: it allows an immediate control over the musical idea, one that often indicates at once the nature of the revolution and suggests its limits. Those limits would be reached in earnest with the unfinished Third Sonata, one of the essential termini of the postwar avant-garde project in its most heroic phase, and in many respects the decisive venture of Boulezs creative life.

On these discs, Marc Ponthus plays all of Boulez's solo piano music, including the expanded 2001 version of Incises.

Ponthus opens with the Second Sonata, immediately imposing character and definition on the music. His high-velocity vault through the opening movement - marked Extrêmement rapide - takes Boulez at his word, coming in a whole two minutes faster than Chen ... and making even Pollini sound overly deliberate. But Ponthus doesnt just have quicksilver fingers. The phrasing, the harmonic evolution and the musics rhythmic inner engine spark into intelligent life; he voyages deep inside the musics journey, the desolate and sparse weave of the second movements beginning feeling not only logical but musically necessary.  Philip Clark
Gramophone April 2016